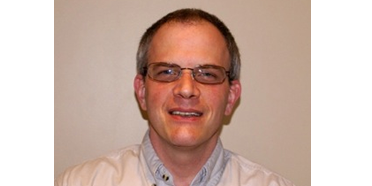 Every so often, our editorial staff selects one aftermarket industry professional to get to know a little better. In this new feature, participants are asked to respond to a series of questions that can be answered in about the same amount of time you might spend chatting at the office coffee pot or waiting for an elevator. This week, we hear from Tom Frey, director of Information and Technology for the Automotive Distribution Network.

Every so often, our editorial staff selects one aftermarket industry professional to get to know a little better. In this new feature, participants are asked to respond to a series of questions that can be answered in about the same amount of time you might spend chatting at the office coffee pot or waiting for an elevator. This week, we hear from Tom Frey, director of Information and Technology for the Automotive Distribution Network. 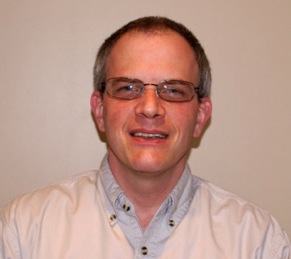 Tom Frey began his career in the aftermarket while still in school, working as a driver/counter person, and quickly rose up the ranks to become the GM of a WD while still in his early 20s. His career continued to gain momentum and through a series of incremental moves he eventually joined the Automotive Distribution Network. Frey joined the Network in 2006 as senior product manager and was promoted to director of product in 2009. A year later, he was promoted to his current position as director of IT for the Network.

I was a counter/driver for an independent parts store in Wilkes-Barre, Pa. It was a customer of an AutoValue WD at the time.

I like the fact that things change so fast. In the area of IT, we have so many new projects that no two days are ever the same. We’re always working on something new. It’s a pretty exciting time in the aftermarket.

Absolutely not. I was pursuing a business degree to help my brother out, who was running a landscaping business. He wanted me to be a partner, so I chose to go to Penn State for a business degree. I was working in restaurants in the off-season and couldn’t work out my schedule, so the owner of an auto parts store in Wilkes-Barre was willing to give me full-time hours but work around my class schedule, and that’s how I wound up getting into the parts business. Like a lot of people, once I got into the parts business, it became a career. What keeps me in the industry? For one thing, steady growth. I haven’t had to leave the industry to continue to grow.

I work. It’s just been a busy time and it goes through phases like that, but I spend most of my free time with my wife and four children, ages 9 through 20. I led the local Cub Scout pack for about four years … my wife did most of the work though, I just got the credit. And I’ve coached various sports with the kids. I’m involved with my church. I was deputy mayor and village trustee of a small town in upstate New York for a good 10 years. I always moved around different volunteer opportunities in the community as things became available.

What kind of car do you drive?

It was a 1972 Pontiac Catalina station wagon that I got for $250, which is what I could afford at the time.

Do you have a nickname?

They call me “Sparky” here in the office because of my IT background.

If you would like to participate in “Five Minutes With” or know someone who would be a great candidate, contact AMN Editor Amy Antenora by clicking here.

Advertisement
In this article:Five Minutes With
Print
Up Next:

5 Minutes With Brian Reese, CEO, The Retrofit Source
Connect with us