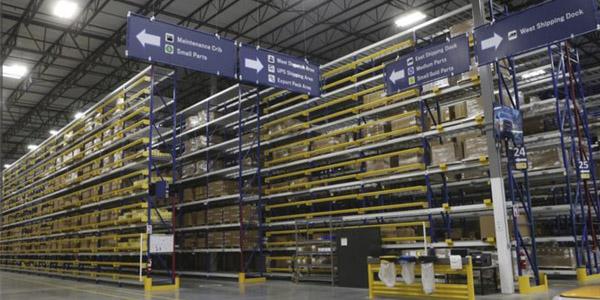 Administered by the United States Green Building Council, the Mopar distribution center is the fourth FCA US facility to receive the elite designation. 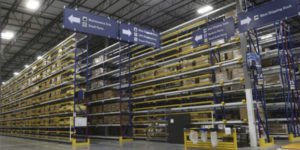 The FCA US LLC Mopar Parts Distribution Center (PDC) in Romulus, Michigan, has been honored with the Leadership in Energy and Environmental Design (LEED) Gold award for achieving excellence in green building standards. Administered by the United States Green Building Council, the PDC is the fourth FCA US facility to receive the elite designation.

“The certification of the Mopar Romulus PDC as LEED Gold is a great honor and one that reinforces the commitment to building green, environmentally-friendly facilities by FCA,” said Mark Bosanac, director – global parts supply chain management and operations. “The Romulus facility is the latest in a number of positive environmental milestones we have realized throughout our NAFTA supply chain thanks to our focus on sustainability.”

The 500,000-square-foot PDC, opened in December 2017, is projected to ship an estimated 45 million pieces annually. The facility was designed to handle the fastest-moving parts in the Mopar distribution network while maintaining a sustainable, eco-friendly environment.

The design and construction of the building focused on reducing energy usage. Material used during construction included more than 200 insulated precast panels, delivering an effective, energy-saving building envelope to maintain a consistent internal climate throughout the year. Additional energy savings were achieved via an engineered air exchange system that moves air throughout the warehouse, as well as by installation of smarter, more efficient LED motion-controlled lighting. Site planning for the facility incorporated 80 skylights to filter in natural light, decreasing energy consumption while enhancing indoor environmental quality for the more than 100 PDC employees.

Water usage at the PDC is optimized by using recycled stormwater for landscaping irrigation. To help further reduce water consumption throughout the facility, drinking fountains are fitted with water bottle fillers and restroom facilities include low-flow plumbing fixtures.

The Romulus facility is part of the global Mopar PDC network, which features 23 PDCs in the U.S., and more than 50 PDCs worldwide.

Advertisement
In this article:award, Distribution, FCA US, LEED, mopar
Print
Up Next: