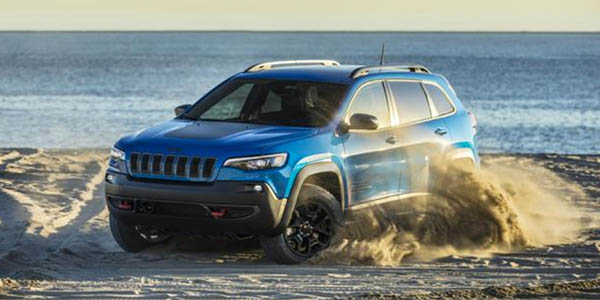 The repurposed transmission plant will be renamed Kokomo Engine Plant.

FCA announced recently that it will invest $400 million to repurpose an idled transmission plant in Kokomo, Indiana, to build the GMET4 engine – the company’s 2.0-liter Global Medium Engine inline four-cylinder turbo that is currently offered on the Jeep Wrangler and Jeep Cherokee. With this investment, 1,000 Indiana jobs will be retained with nearly 200 new jobs added to support production, bringing total employment in the state to more than 8,300.

FCA North America Chief Operating Officer Mark Stewart, along with Indiana Governor Eric Holcomb, Kokomo Mayor Tyler Moore, UAW Vice President and Director of the FCA Department Cindy Estrada and UAW Region 2B Director Rich Rankin, joined other local officials and guests to celebrate the news at an event at the plant, which will be renamed Kokomo Engine Plant.

In his remarks, Stewart talked about the importance of this engine to the company’s future powertrain strategy.

“The GMET4 will be a very important engine for us as we look to deliver on the promises we made as part of our five-year plan in 2018,” Stewart said. “While the 2.0-liter is a current engine option on the Jeep Wrangler and Cherokee models, a significant number of new technologies can be applied to this engine, making it relevant for the future. It will play an important role in our plans to offer electric engine options across 30 nameplates that FCA will bring to markets around the world by 2022.”

The new facility will be the source of all U.S. production for the engine currently built in Termoli, Italy. Production is expected to begin in Q2 2021.

Stewart acknowledged the support of the State of Indiana, the City of Kokomo and the UAW for working with the Company to finalize its investment plans.

“I’d like to add my appreciation to both Governor Holcomb and Mayor Moore for seeing the opportunities that exist with this investment and helping give this facility new life,” Stewart said. “I also want to thank Cindy Estrada and Rich Rankin, as well as the rest of the UAW leadership, for working with us to preserve and add jobs. Their support will be critical to building a quality engine for our customers.”

For more than eight decades, FCA has built transmissions in Indiana, more than 90 million since record keeping began in 1974. Since 2009, the company has invested nearly $2 billion in its four area plants to produce the eight- and nine-speed transmissions, some of the most fuel-efficient transmissions on the market. When production of the GMET4 launches, it will mark the first time in the company’s history that it has built engines in the state.

But, according to Stewart, the decision to invest in Indiana and transform the plant into the Kokomo Engine Plant came down to the level of commitment shown by the women and men who work in the region.

“As engine technology continues to change, our focus must continue to be on our most valuable asset – our people,” Stewart said. “This engine program will bring new job opportunities for our current workforce, as well as the manufacturing workforce of the future. Our employees – some of whom are second-, third- or even fourth-generation FCA employees – have always demonstrated a passion to help deliver great products for our customers.”

In total, FCA has committed to invest more than $14 billion in its U.S. manufacturing operations, creating nearly 30,000 new jobs since June 2009.

Toyota Debuts All-Electric SUV Concept In US
Connect with us