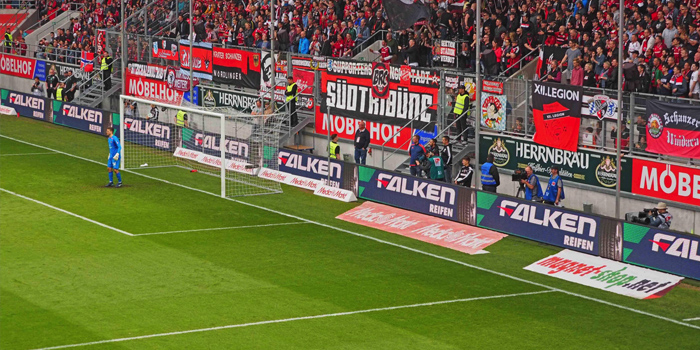 The Pan-European football communication strategy is seeing a focus on the English, Spanish and German markets. 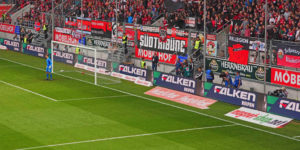 Tire manufacturer Falken is extending its commitment to top-class European football and is partnering with clubs in Germany, England, Spain, Italy, France, The Netherlands and Poland, as well as for the time first time, in Sweden.

The Pan-European football communication strategy is seeing a focus on the English, Spanish and German markets. Since last season, FALKEN has been the “Official Global Tyre Partner” of the 18-time English champions Liverpool FC. This partnership is seeing the FALKEN brand enjoy in-stadium presence on LED perimeter boards, dug-out branding, the FALKEN players’ bus entrance at Anfield, as well as many other engagement points such as campaigns on social media channels and hospitality packages.

In Germany, the premium partnership with FC Ingolstadt will go into its fourth consecutive season. FALKEN will be highly visible on both static and LED boards at the AUDI Sportpark as well as enjoying hospitality packages and joint activations for PR and social media events. In 2018, the traditional club of FC Schalke 04 will become a vital part of the sponsorship portfolio, where FALKEN will be the “Official Tyre Partner” of the club, including LED perimeter advertising and static panels in the VELTINS Arena in Gelsenkirchen.

In Spain, the top club and recent UEFA Europa League/UEFA Supercup champions Atletico Madrid will be added to strengthen the FALKEN brand in Spain and around the world.

The FALKEN Pan-European sponsoring strategy focuses on TV-relevant LED perimeter and static boards to reach millions of fans in all core European markets, as well as corporate hospitality packages for regional distributor activations.

Overall, FALKEN is now involved with the following European clubs:

“With our range of football commitment, we ensure eye-catching and efficient advertising not only in our relevant target groups, but also in our core markets,” said Markus Bögner, managing director and chief operating officer at Falken Tyre Europe GmbH. “The previous seasons have shown that football is still the platform with the most appeal, which is why we will certainly continue to develop gradually this commitment.”

Philipp Hasenbein, managing director, Lagardère Sports Germany and president of Football Europe at Lagardère Sports, commented, “Football is clearly the No. 1 sport across Europe. With its continued Pan-European brand communication, Falken is not only reaching millions of eyeballs across Europe following their passion every week, furthermore it is engaging with fans in a unique way in each of the domestic markets. We are grateful to deliver this comprehensive partnership due to our global network and domestic market knowhow.”

Advertisement
In this article:Falken Tyre, Sports Marketing
Print
Up Next: