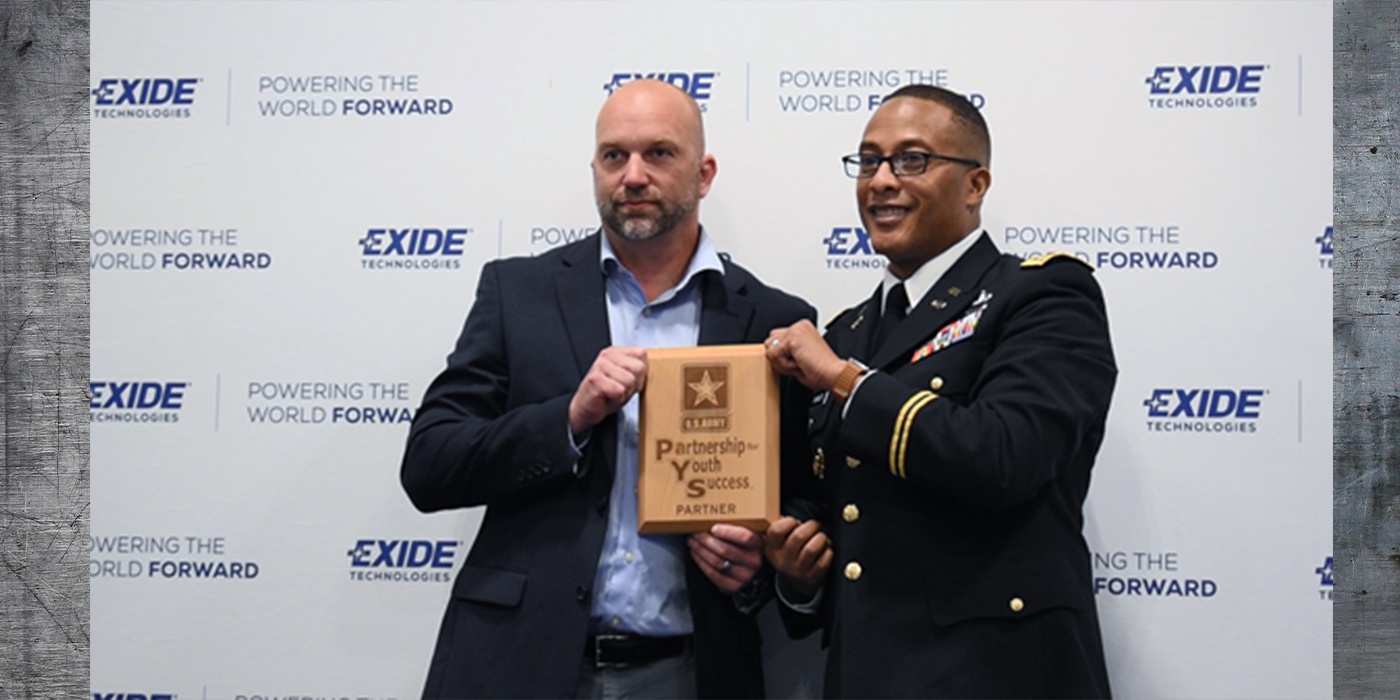 Exide has pledged support to the U.S. Army Partnership for Youth Success Program.

Exide Technologies today signed a partnership agreement with the U.S. Army to join its Partnership for Youth Success (PaYS) program. The PaYS program is a strategic partnership between the Army and a cross-section of private industry, academia and state and local public institutes designed to help soldiers prepare for a career after the Army. The program helps soldiers make connections with prospective employers and secure job interviews.

“We are honored and excited to be part of the U.S. Army’s PaYS program and its mission of preparing our youth to make the transition from solider to a future career,” said Vargo. “Exide has a long-standing commitment to hiring veterans, and this partnership with the U.S. Army will help us reach more soldiers and connect them with resources to build their post-Army careers.”

As part of the PaYS program, Exide will conduct job interviews with qualified soldiers and consider them for full-time positions. Exide also will participate in U.S. Army events and recruiting functions.

“As a veteran myself, I can tell you that there’s nothing more rewarding than supporting others who have served our country,” said Judd. “It’s a win-win for companies who are getting employees with a strong sense of discipline and work ethic and who have numerous skills to bring to the workforce.”

A global company with its headquarters in Milton, Georgia, Exide has numerous locations across the U.S. that produce battery and energy storage systems and specialty applications that power everything from cars and trucks to forklifts and heavy-duty equipment to marine vehicles, locomotives and more. For more than 100 years, Exide has partnered with the U.S. Military to provide batteries for submarines and heavy tanks as well as solar, UPS and standby systems for remote monitoring sites.

In August 2019, Exide was recognized for earning the Bronze Military Friendly designation – the standard that measures an organization’s commitment, effort and success in creating sustainable and meaningful opportunities for the military community. To learn more about Exide’s activities and opportunities for the military community visit exide.jobs.

Advertisement
In this article:Exide Technologies
Print
Up Next:

MotoRad Continues Support Of Respect Is Learned In The Pits