In today’s AMN Executive Interview, we hear from Joseph A. Moch, CEO of ACAT Global. ACAT was established in 2010 when CEO Joseph A. Moch and ACAT Global Counsel Joseph W. Moch purchased the technology and manufacturing assets of Delphi’s catalytic converter division. Delphi had invested $500 million over 20 years to develop its substrate technology, and now ACAT Global is bringing that technology to the marketplace.

In today’s AMN Executive Interview, we hear from Joseph A. Moch, CEO of ACAT Global. ACAT was established in 2010 when CEO Joseph A. Moch and ACAT Global Counsel Joseph W. Moch purchased the technology and manufacturing assets of Delphi’s catalytic converter division. Delphi had invested $500 million over 20 years to develop its substrate technology, and now ACAT Global is bringing that technology to the marketplace.

Joseph A. Moch has been around cars all his life, and now he’s venturing into the production side of the automotive industry as CEO of ACAT. Born and raised in Grand Rapids, Mich., he attended the University of Michigan, graduating with a bachelor’s degree in political science in 2001. Throughout his tenure at Michigan, Moch raced in two different sports: he was a member of the UM crew team, setting a record time in the novice men’s 2,000 meter event; he also campaigned cars as an amateur Sports Car Club of America (SCCA) driver, earning his national competition license. He was pretty good too, winning the 2000-01 Sports 2000 regional championship.

Toward the end of his college career, Moch started his career in real estate development, working for Moch International, focusing on urban infill projects. He holds membership in the Urban Land Institute (ULI), an organization for real estate professionals. In 2005, the Grand Rapids’ Business Journal named Moch to its list of “Top 40 under 40-Best and Brightest Business Leaders.”

He is now applying his business and automotive skills together as CEO for ACAT. In today’s interview, Moch brings us up to speed on the company’s progressive launch into the automotive aftermarket marketplace. 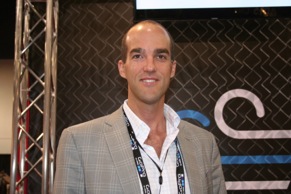 The company was founded in 2010, as part of your acquisition of Delphi’s converter business. What has transpired since then?

The acquisition included all of the production assets that Delphi had developed for the technology and included roughly six different production lines, so we’ve been busy getting all of the equipment up and operational. We’ve also taken out two additional patents. We acquired all of the intellectual property and all of the research and development that Delphi had done over a 20-year period, as they developed the technology, and we furthered that. About four of our engineers are former Delphi engineers and they comprise the heart of our engineering staff. Mike Lunkas and Paul Daniels both have over 35 years of experience at Delphi. We also at SEMA this past fall came out with a 100 HP pattern, which offers twice the flow of our standard 200 HP, which is relatively comparable to a 200-cpsi straight channel or metallic substrate.

Your corporate offices are on the West Coast, however the former Delphi business was based in Michigan. Will your manufacturing operations remain in the state?

You tout that the company’s products are among the world’s most lightweight and also help reduce emissions and help meet regulatory standards. Given those positive attributes, what role do you see the company playing as a service provider to the automotive industry in the years to come? As government emissions standards become more and more stringent, will you use this as a selling point for your products?

Certainly, the government regulations create a need for our product. What we can offer is the ability to comply with those regulations in a less costly manner. Our technology is more efficient than any other substrate technology out there on the market. One of the primary benefits of that is the improved conversion efficiency, in terms of the emissions control, as the exhaust gases flow through the catalytic converter. We’re able to reduce the precious metal cost, which is the coating that is applied to the substrate. They are called platinum group metals, and are primarily composed of platinum, palladium and rhodium, and those precious metals can cost upward of $10,000 an ounce. So we’re able to allow the engine manufacturers and the automobile manufacturers the ability to comply with the regulations in a much less costly manner.

Tell us about the new product you unveiled at the SEMA show this past November.

We had a wonderful time at SEMA this year. Just about three weeks prior to the show, we hired our new vice president of sales and marketing, Jeff Gammons, formerly with ArvinMeritor. Jeff has been tasked with heading up our sales effort. We kind of threw him in the hot seat getting ready for SEMA. But it went off very well.

We came out with a universal catalytic converter line with our EPA-certified product that is targeted at the heart of the automotive aftermarket for the replacement segment. It offers all the benefits of our metallic technology at a price point that is comparable or competitive with the ceramic offerings out there, so we really see it as being a premium product at a value price point.

Along with that, our standard product for that market segment for EPA, we also have a 100 HP which offers, as I mentioned before, with the conversion efficiency within 5 percent of the 200 HP, so it’s targeted a bit more toward someone looking for more of a performance advantage in replacing the catalytic converter unit. And then, in addition to the EPA line, which is primarily targeted at the replacement segment, we also unveiled a platinum line, which is a higher-end, higher coating technology line that is targeted at the higher end of the segment for some of the foreign import vehicles and foreign exotic V8 muscle cars.

Around the time of the SEMA show, you also announced the appointment of four new rep agencies to assist with your sales push. What are your goals for your sales and marketing efforts in the next few years?

CARB approval is quite a lengthy process …

Yes, it is. There is a quite a bit to go through but we’ve got good partners on the coating side and on the testing side, so we’ve got all of our bases covered in that regard. It’s just a matter of going through the process and documenting everything and making sure it’s done right.

Let’s talk about the footprint for ACAT Global. Is the business strictly North American at this point?

No. This year we’ll be opening a factory in Budapest, Hungary. That will be our European base and production facility for the region. The European market is one that we currently service, serving some customers through our U.S. facility, but we’ll be expanding and pushing more heavily into that market this year.

Tell us about the benefits of ACAT Global products.

I think one of the primary benefits of our technology deals with packaging, in terms of the overall exhaust system. That’s where we see the manufacturers gaining a significant benefit from our product. What we’re able to do, because the units are more efficient, we’re able to achieve the emissions reduction in a smaller size catalytic converter unit so this opens up some packaging options for the manufacturers.

In conjunction with that, we’ve been doing some extensive testing on diesel applications. With our units we’ve seen a 44 percent reduction in particulate matter, which is basically the carbon exhaust of the diesel. It’s going to be something that is the focus of regulations coming down the pipeline, and some manufacturers are going to have a greater focus on that. Getting that amount of particulate reduction out of our catalytic converter technology will allow the manufacturers to reduce the size of the diesel particulate filter (DPF). That’s a much more costly unit, so, by utilizing our technology they are able to reduce the size of the DPF, and that has a significant cost impact on the overall exhaust system.

One of the other benefits is the sound reduction. Our unit reduces the sound approximately equivalent to that of a muffler, so at the very least, it will allow manufacturers to downsize the muffler part of the exhaust system as well when utilizing our unit. When you look at the exhaust system as a whole, our catalytic converter technology will really have significant impact on the exhaust system. As you know, lightweight [product] is something that all of the manufacturers are looking at very extensively these days, going from steel to aluminum body panels, for example, and focusing on everything and anything that will allow them to reduce the weight of the vehicles. Our catalytic converter technology is not only lighter in and of itself, it also allows the manufacturers to take weight out of other aspects of the exhaust system. And so, by utilizing our technology on a typical V8 application, truck or passenger car, you are looking at a reduction of anywhere from four to eight pounds from the exhaust system. The manufacturers these days are chasing every ounce they can get out of it. When you look at that type of weight savings, it is very significant.