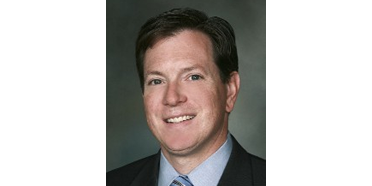 John Chalifoux was named the first president of the Motor & Equipment Remanufacturers Association (MERA) in 2010. In today’s interview, he talks about MERA’s involvement in the reman section at AAPEX, the association’s sustainability conference in partnership with the Golisano Institute and its new partnership with AIAG. He also addresses the key factors behind the young organization’s strong growth and talks about what’s ahead for the group. 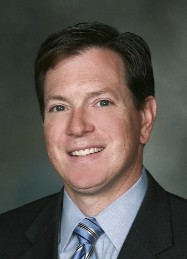 John Chalifoux was named the first president of the Motor & Equipment Remanufacturers Association (MERA) in 2010. In today’s interview, he talks about MERA’s involvement in the reman section at AAPEX, the association’s sustainability conference in partnership with the Golisano Institute and its new partnership with AIAG. He also addresses the key factors behind the young organization’s strong growth and talks about what’s ahead for the group.

MERA was a significant partner in the AAPEX reman section this year. How do you feel the section was received by AAPEX attendees? What kind of feedback and traffic did you see?

Exhibitors have been extremely satisfied as well. We work closely with our exhibitors to make it a valuable experience for them and their customers. In 2013, the section—which was again identified with green carpet to promote the sustainability benefits of remanufacturing — grew by 50 percent. In 2014, we are again expecting to sell out the section, which will be double the size of our space just two years ago.

MERA also recently announced a new partnership with the Automotive Industry Action Group. Tell us a little about how this partnership came about and what it entails.

A partnership with AIAG is a natural fit for MERA and its members. AIAG is a not-for-profit, member-supported organization that helps automotive companies operate at peak performance.

This exclusive partnership offers MERA member companies — who are not already AIAG members — complimentary AIAG membership in 2014. AIAG is recognized as the industry leader in quality, corporate responsibility, and materials management standards development and training, and AIAG membership can help any company that is trying to mitigate the risk of growing in our competitive industry.

In Q4 2013, the MERA Sales & Marketing Council launched a program to better communicate the benefits of remanufactured goods. Our partnership with AIAG can help to advance the “Quality. Value. Green.” messaging that is the focus of this program. That’s because remanufacturing — which we define as a standardized industrial process — aligns nicely with the best practices and world-class quality management tools and training offered by AIAG. The timing is right, particularly as the image of remanufacturing continues to catch up with the reality that remanufacturing has moved from the shop floor to the factory floor.

As a relatively new organization, you seem to be making a lot of headway and picking up positive momentum in terms of membership and member outreach/programming. What’s the secret to MERA’s success?

Although remanufacturing has been around for decades, emerging geopolitical and economic forces have contributed to its more recent popularity. That’s because remanufacturing is sustainable manufacturing, and its benefits can be linked directly to an organization’s overall sustainability and financial strategies.

Within the framework of the triple bottom line and discussions about a circular economy, remanufacturing has emerged as a very hot topic. Add to this the fact that remanufactured goods are designed, engineered and tested to perform like new — and customers can save up to 40 percent when choosing reman vs. new — then one begins to more fully understand the real value of remanufacturing.

MERA Founding Chairman Michael Cardone Jr., chairman, CARDONE Industries Inc., can be credited for his vision, as he was the driving force behind the formation of MERA. Michael led a group of industry leaders—many of whom are on the MERA Board of Directors today — who saw these converging, positive forces for the remanufacturing industry. The group recognized the need for a professional association supported by the respected resources of MEMA. (MERA is the remanufacturing division of MEMA, which has been advocating on behalf of the motor vehicle supplier industry for 110 years.) It was a perfect fit, as MERA is now part of a group with more than 1,000 collective member companies.

At MERA, our mission is to advance the remanufacturing industry and the business interests of our members. We are member-driven, and we focus on what is important to our members. That focus has led to MERA’s growth and recognition as a strong, valuable network in the remanufacturing industry. In 2014, our fourth year, we expect our membership ranks will top 100 member companies — a significant milestone and validation of MERA’s relevance.

A perfect example would be the MERA-Golisano [Remanufacturing and] Sustainability Conference. This past fall was the third year for the event, correct? Tell us how it went.

This past fall we hosted our second MERA-Golisano Remanufacturing and Sustainability Conference. (It was our third annual event if you count the Remanufacturing Legislative Summit that was hosted by MERA and the Remanufacturing Industries Council in September 2011 in Washington, D.C.) We are very close to announcing the location for this year’s conference, which be held on Sept. 24.

The Remanufacturing and Sustainability Conference has quickly gained the reputation with members as a “who’s who” in the remanufacturing industry. Dr. Nabil Nasr from the Rochester Institute of Technology — the home of the Golisano Institute for Sustainability — is my co-host. We work together on a shared effort to deliver insight and networking that senior executives cannot find anywhere else.

In 2013, we were privileged to have key corporate partners, more than 175 registered attendees and an outstanding lineup of speakers, including LKQ CEO Rob Wagman and Cummins Engine President Rich Freeland. For our inaugural conference in 2012, we were honored to have Sen. Debbie Stabenow (D-Mich.) deliver the opening address.

In February, Reps. Gary Peters (D-Mich.) and James Lankford (R-Okla.) introduced legislation that could lead to the prioritized use of remanufactured parts in the civilian U.S. government fleet. The introduction of the “Federal Vehicle Repair Cost Savings Act of 2014 (H.R. 4056)” will help raise awareness and acceptance of remanufactured goods — an ongoing objective of MERA members and the remanufacturing industry. The legislation will also support our cause as we continue to have similar conversations with policymakers at the state and local level across the country.

Advancing this legislation tops our strategic to-do list for 2014. MERA member companies and the MEMA Government Affairs Office led the effort that resulted in the introduction of the bill. I wrote an editorial on the legislation — a narrative conveying its significance, a brief history and a story about the people and organizations behind the effort — that is available to your readers.

Secondly, we will launch a Remanufacturing CEO Council. It will be open to the leaders of MERA member companies, providing them with a platform for them to address issues of common concern. It will also offer an important networking element. We are building on the success of the MERA Sales & Marketing and CFO Councils, which have been very well-received by members.

Advertisement
In this article:John Chalifoux, MERA
Print
Up Next:

EXECUTIVE INTERVIEW: A New Name, A New Era For One Of The Industry’s Top Associations

Executive Interview: Dan Freeman, Industry Veteran Of 50 Years, Takes A Look Back And A Look Ahead