Jose Maria Alapont joined Federal-Mogul as president, CEO and a member of the board of directors in March 2005. He served as chairman of the board of directors from 2005 to 2007. He has more than 35 years of global leadership experience in both vehicle manufacturers and suppliers with business and operations responsibilities in the Americas, Asia Pacific, Europe, Middle East and Africa regions. He recently sat down with aftermarketNews.com and Counterman magazine to discuss the current state of the company. 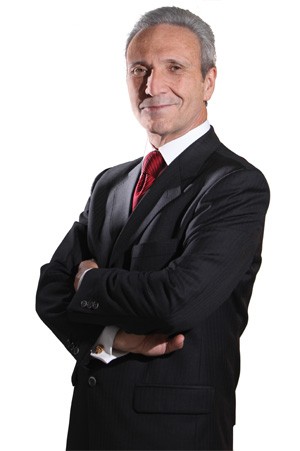 JMA: The development of the Asia-Pacific Headquarters and Technical Center has been very important and strategic. We have seen that as we have grown in the Asia-Pacific region, if we want to develop sustainable, profitable growth, it’s fundamentally important that we deploy in those fast-growing markets not only manufacturing but engineering and purchasing as well, and all the functions that surround our activities. Therefore, in that sense, the Asia-Pacific headquarters and technical center in Shanghai together with all the other 17 technical centers in-line, connected around the world, are very important.

Q: China is the fastest-growing country for automobiles today; however, there are a number of other regions around the world that industry analysts believe will be key for global growth. Which regions or countries do you see most opportunity in for Federal-Mogul and why?

JMA: We continue to strengthen our leadership in the western markets, North America and Europe. But at the same time, we are outpacing the growth in all those so-called fast-growing countries, which are sometimes recognized as the BRIC (Brazil, Russia, India, China). In that sense, we still see a lot of potential growth in North America and Western Europe. In North America year-to-date, we’re growing at 52 percent. In Europe, 26 percent; Brazil, 22 percent; China, 78 percent; Russia, 280 percent. The fact is that in any of these major markets that are developing so quickly, we are growing much more quickly than the markets. That’s fundamental. That’s the kind of leadership that will position us in the strong first-place position we have been in thanks to our technology, innovation and competitiveness. We see a lot of growth in China, India and Asia-Pacific, in general. But also we see important potential growth in North America and Europe. As you can see, we’re outpacing the markets.

Q: When you refer to Federal-Mogul outpacing the growth in those markets in certain countries, are you referring those countries’ GDP?

JMA: The way we track, we compare how those markets are growing and how we are growing in terms of the automotive industry. Obviously, the automotive industry has also been related to how the economies are doing in those particular countries. When you look into those markets, we have been doing approximately 16 percentage points year-to-date better than the BRIC; we have done 48 percent in the BRIC year-to-date; the BRIC has done 32 percent. You could say, “Maybe, you’re having a good year.” The fact is we’re having a very good five years. From 2005 through 2008, the CAGR (Compound Annual Growth Rate, or the year-over-year growth rate over a specified period of time) for us has been 45 percent year-over-year; while the BRIC has been growing 19 percent.

That, I think, is the way we want to read the data of the markets. Beyond that, the automotive market is very much correlated to the micro-economic market.

Q: Do you have an optimal mix of North American sales versus other markets as a percentage?

One thing that I would like you to consider is that we’re probably one of the most diversified companies in the industry. We’re present in more than 250 new vehicle platforms in production today, including more than 700 powertrains. That means, when we talk about growth, we talk about global growth.

Last year, between passenger cars and commercial vehicles, the industry sold 65 million (worldwide). This year, we’re going to be somewhere between 73, 74 million. That’s what counts for us. When you’re a very local supplier or you’re dependent on a single region or market or a single number of customers, then your question is very pertinent, because depending on how a single market grows, you’re going to grow.

Q: With respect to today’s economy, how is the company impacted by consumer trends when it comes to maintenance and repair? Were these trends part of what influenced the creation of this year’s Smart Choice campaign?

JMA: Different regions have reacted differently to the recession. We have seen, and we have reported in the quarter, that while the North American market after the recession has remained with a certain clear sensitivity for price, that means looking for a different blending between premium and middle range products and that is a reality. The European markets and Asian markets, with the economy getting out of recession, they have gone back to the normal standards of consumption on premium products.

Therefore, what we have done is instead of waiting for the North American market to return to where it was, we’ve put in place three strategic plans. One is to reinforce and strengthen the premium, where we’re the absolute leaders. How have we done that? We’ve done that with Smart Choice. We are also launching fresh marketing strategies for some of our best-known brands, such as ThermoQuiet, Moog and Fel-Pro to make and create customer awareness of using premium products.

On the other hand, it’s a reality that, especially in North America, the middle-range products have taken more percentage of the market. Therefore, what we have done is develop a global strategy that we started at the beginning of the year in North America. We have launched it formally in Europe and Asia-Pacific in the last few months, as well. We are fortunate to have more than 20 leading brands in the world. I’ll give you an example. The No. 1 brand in North America and because of the size of the North American market, is Wagner friction materials and ThermoQuiet. And that is a premium brand. In Europe, it’s Ferodo, and that is a premium brand. We now have Wagner ThermoQuiet and Ferodo as a second brand in North America, while we have Ferodo as first band and Wagner as a second brand in Europe. On top of that, we’ve approached all the private label brands and you have premium, private label or our second brand.

The goal of Federal-Mogul is also to be a leader in the middle-range brands through either private label or our second brand label.

The third area is we also have developed two new product categories that we have put in the European market to experience the customer and market reactions. It has been very positive. We came from Automechanika very encouraged. We’re launching that right now — Champion filtration and Moog suspension.

JMA: Most of our brands are leading brands globally and many of them are No. 1 brands worldwide and others are in the region. As you know, in the aftermarket, brands are sometimes recognized in one region and not in another. Overall, there’s always Federal-Mogul as a company and more than the brands, is the company image we use with the vehicle manufacturers. In that sense, I would say as a marketing strategy, it depends on the demand. But also, we do it in a fairly smart way of using some brands in different markets for different products, such as in North America. Champion is one of the best-recognized brands, as an ignition brand — spark plugs, etc. Outside North America, Champion — the name itself — is around anything that is performance. Wipers in North America is Anco; for generations, North Americans have bought millions of Anco wiper blades. But when we commercialize in Europe or Asia-Pacific, we do it under Champion. We will take Moog and now that we’re launching suspension, Moog is a worldwide-leading brand. When we recognize the market is making a demand for a certain brand, we are going to do it.

JMA: We are the worldwide market leader. There have been traditionally two braking standards or customer/market-perceived performance requirements. One is North America, where speeds are very limited and there is preference for a progressive, soft brake.

The Europeans, especially those in some motorways, still have no speed limits, such as in Germany. They like more high-performance braking, where dust can be appreciated in a different way. Asia-Pacific, initially, has been very much influenced by the Europeans. What we see is that we like the best of the two worlds. We are leaders in technology and innovation and that is where we like to be. In the case of brake friction materials, on one hand, we are the leaders to the brake system suppliers to the manufacturers; at the same time because we are the No. 1 friction material supplier in the aftermarket, we have the direct relationship with the customer in the independent aftermarket. That is why when we talk about friction materials, we can give you this global view that we think you’re going to see technological changes.

The next big thing going on is we are developing the next, best world-class materials without, or with minimum, copper. The trend is to use materials that are environmentally friendly and at the same time, they’re not speculative in the materials markets.

Q: Is there anything else you’d like to say about Federal-Mogul?

JMA: The fundamentals of Federal-Mogul are that we’re a North American world-class company that is very diversified and based on leading technology and real core strategies.

We are in the core of having fuel-efficiency, emission reductions and vehicle safety and comfort. When I joined the company six years ago, that was the strategy I introduced within 30 days to the top management of the company. That has developed in a very positive way, and we’ve proven that not only are we a world-class, diversified company, we are capable of generating sustainable, profitable global growth, through Chapter 11, through an unprecedented recession. I think that is the strength.

No single market or product has leverage. I think that’s what makes Federal-Mogul a global leader.