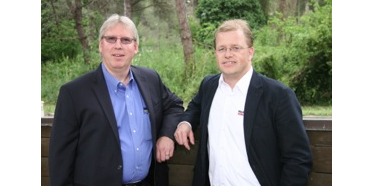 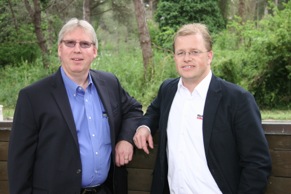 Remanufacturing is big business and getting bigger all the time. Now, on the heels of the success of its remanufacturing event in Europe, APRA and ReMaTec bring their formula for success to Las Vegas. The event organizers say it promises to reboot expectations of such exhibitions in the United States. The inaugural Big R/ReMaTecUSA trade show, which takes place Nov. 1-3, just prior to Industry Week, has already sold more than three quarters of its floor space. Here, Joe Kripli, chairman of the Automotive Parts Remanufacturers Association (APRA), and ReMaTec show manager Niels Klarenbeek explain why Big R will be an unmissable event.

APRA, and Amsterdam RAI, the owners and organizers of ReMaTec, are organizing a comprehensive new show for automotive and heavy-duty remanufacturing in the USA. The new show will combine the best of the current International Big R Show in Las Vegas and the ReMaTec show in Amsterdam. Initiated by APRA in 2001 as the first exhibition of its kind in Europe, ReMaTec was bought by Amsterdam RAI in 2005. It has grown exponentially over the past decade to become the world’s largest remanufacturing show, attracting visitors from no less than 63 countries to the 2013 edition.

“The two show organizers are now working together to create something similar in the United States, the world’s largest remanufacturing marketplace,” said Kripli. “The Amsterdam show combines the bigger players with the smaller rebuilders all under one roof, covering the spectrum of auto remanufacturing, from starters to alternators, gearboxes to transmissions. In the States, on the other hand, every product type and association currently has its own event. Our strategic idea is to export the wide-ranging nature of ReMaTec Amsterdam and its professional and crisp approach to Las Vegas in an effort to unite the remanufacturing industry.”

Focused On Remanufacturing
The three-day event is being positioned as the No. 1 remanufacture show in North America as it is focused solely on remanufacturing. “With a very large exhibition floor, Big R/ReMaTecUSA will enable domestic and international players to gain access to a rapidly developing market,” added Klarenbeek.

“The strong lineup of seminars and technical sessions will attract people from around the world. We will bring the proven-in-practice REMATEC Theatre concept, which features 30-minute education sessions that offer attendees a great opportunity for up-close interaction. There will also be a wide range of networking events including an opening party and a golf tournament, allowing people to meet their peers in the right environment. Moreover, Big R will also be the platform for the Remanufacturer of the Year awards, the first time that this prestigious prize has been presented Stateside.”

Kripli and Klarenbeek say they are confident that Big R/ReMaTecUSA will become a vibrant new part of the rapidly growing remanufacturing industry. And the facts bear them out as more governments, authorities, organizations and businesses around the world turn to remanufacturing for its unique combination of quality, sustainability, cost-effectiveness and employability.

According to the United States International Trade Commission (USITC) report, the U.S. is the largest remanufacturer in the world and, between 2009 and 2011, the value of U.S. remanufactured production grew by 15 percent to more than $43 billion, supporting 180,000 full-time U.S. jobs.

New Opportunities
“The emphasis on finding environmental solutions over the past decade has been of considerable benefit to our industry,” says Kripli. “We are looking to capitalize on this green momentum and the fact that remanufacturing offers quality, cost effectiveness and new jobs. Moreover, we live in a time of rapidly changing technology as many car components go electronic or mechatronic. Only five years ago the average car had 16 electronic control modules but now they have at least 34. A Mercedes has around 90.

“A starter now lasts 10 years and quality is improving across the board. This means people have to adapt and ask what else can be remanufactured to diversify their business,” Kripli added. “Big R/ReMaTecUSA offers a first-class opportunity to see what the future holds in the remanufacturing sector as it will feature every component and product.”

Focal Point
Kripli and Klarenbeek say another important way the new show will deliver synergies is by embracing multiple associations from across the States. “Our aim is to have Big R/ReMaTecUSA be a focal point where associations can have their annual convention and/or meetings in one place, and all benefit from the additional traffic generated,” explains Klarenbeek.

“For instance, there are many synergies with cleaning and testing equipment. Whether you are cleaning transmission, engine, power stern or water pump parts, you probably have to sandblast them or clean using ultrasonics. Big R/ReMaTecUSA will showcase the current technology in both and offer information that crosses all platforms.”

Why Stop At Cars?
Looking forward, Kripli says he is even more ambitious for the long-term prospects of the ReMaTec brand. “For now we are bringing the industry together in the automotive and heavy-duty sectors, both here in Europe and the U.S. But how about also incorporating the remanufacturing of medical equipment, or the railroads or aerospace?

“That would make a great vision for 2020. Meanwhile, November is a super time of year for people to come to Vegas. Our advice is to join us at Big R/ReMaTecUSA a day early, stay a day later and enjoy the life here at good hotel rates. Come one, come all,” he welcomed.

The first edition of Big R/ReMaTecUSA will take place Nov. 1-3 in Las Vegas. It will be held immediately before Automotive Aftermarket Industry Week in Las Vegas.

Advertisement
In this article:ReMaTec
Print
Up Next: