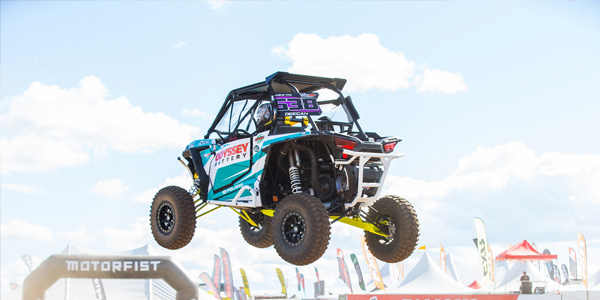 As an official sponsor, the ODYSSEY battery logo will appear on the quarter panels of Deegan’s No. 38 Toyota pickup in the Pro-Lite LOORRS and on the Deegan Racing transporter. 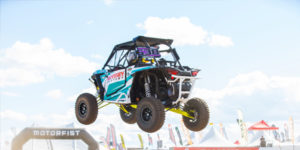 EnerSys, a global provider of stored energy solutions for industrial applications and the manufacturer of ODYSSEY batteries, has announced its renewal as an official sponsor of Hailie Deegan in the Lucas Oil Off Road Racing Series (LOORRS).

EnerSys has sponsored the 16-year-old Deegan since 2016. She was the first female to win a championship in the LOORRS, winning both the Modified Kart (2016) and the Junior 2 Kart (2103) titles. Deegan is a member of the NASCAR Next Class – the youngest driver to be selected and the only woman. Deegan also will be driving in all NASCAR Pro Series West events and select East races. She is the daughter of action sports legend Brian Deegan.

“ODYSSEY batteries powered me to both of my championships. They were one of my first sponsors and they have always believed in me. I am excited to continue this relationship with them as I continue my evolution as a racer,” said Deegan.

As an official sponsor, the ODYSSEY battery logo will appear on the quarter panels of Deegan’s No. 38 Toyota pickup in the Pro-Lite LOORRS and on the Deegan Racing transporter.

ODYSSEY batteries are designed with an absorbed glass mat construction and Thin plate pure lead technology for more engine-cranking power and reserve power than conventional batteries, according to the company.

ODYSSEY batteries feature a three- to 10-year service life and two-year storage life at 77 degrees Fahrenheit (25 degrees Celsius). They are vibration resistant and classified as “non-spillable” by the U.S. Department of Transportation.

In addition to the ODYSSEY battery logo prominently displayed on the race vehicles, the logo also will appear on the driver’s suit, posters and social media.

“We are very proud to be continuing our relationship with Hailie. She is one of the most promising of the new generation of drivers and shows there is a bright future for the sport,” said Dave McMullen, senior director of reserve power marketing at EnerSys. “We look forward to having ODYSSEY batteries provide the start to another season for her.”

Advertisement
In this article:EnerSys, Racing, sponsor
Print
Up Next: