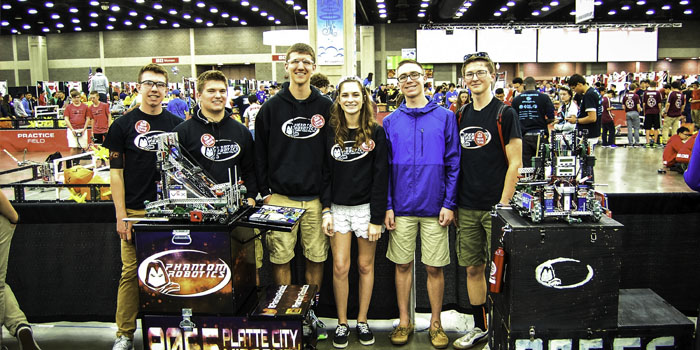 The Platte County High School students finish second out of 600 student-led robotics teams from around the world at the VEX World Championship. 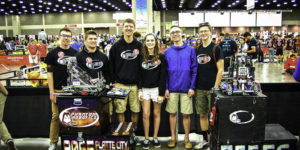 The Platte County High School students utilized ODYSSEY Extreme Series batteries in a portable pit toolbox. The pit toolbox provided all the storage, tools and parts for the competition, as well as served as the team’s main power center. Two ODYSSEY 31-PC2150 batteries allowed the team to charge its robot’s batteries in their competition pit, as well as power a video monitor and a laptop for data collection and analysis.

“The ODYSSEY batteries played a critical role in the team’s success,” said Roberta Rudolph, robotics sponsor, Platte County High School. “We were the only team that had the ability to charge our robot’s batteries on-demand during competition. This was a distinct advantage among the other teams that competed at the championships, as it allowed us to spend more time strategizing between each round instead of wasting time seeking out power.”

Maria Orlando-Krick, marketing content and sponsorship manager at EnerSys, added, “We’re excited we had the opportunity to provide ODYSSEY batteries to the staff and students at Platte County High School. At EnerSys, we make a continued effort to maintain engagement with students – especially those seeking to grow in the fields of Science, Technology, Engineering and Math (STEM).”

The VEX Robotics Competition, presented by the Robotics Education & Competition Foundation, is one of the largest and fastest-growing middle school and high school robotics programs globally with more than 17,000 teams from 40 countries playing in more than 1,350 competitions worldwide. Each year, an exciting engineering challenge is presented in the form of a game. Students, with guidance from their teachers and mentors, build innovative robots and compete year-round.

For more information on EnerSys and its full line of products, systems and support, visit enersys.com.

Advertisement
In this article:battery, competition, EnerSys, ODYSSEY
Print
Up Next: