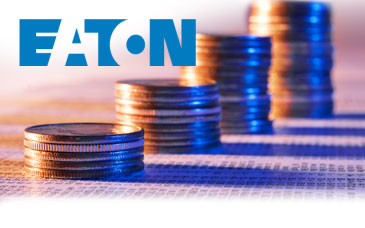 Alexander Cutler, Eaton chairman and chief executive officer, said, “Despite weaker-than-expected conditions in our end markets, we were able to generate earnings per share in the fourth quarter at the high end of our most recent guidance. Our markets turned down sharply in the fourth quarter, dropping 6 percent from the fourth quarter of 2007 versus our expectations in mid-December of a decline of between 3 and 4 percent.

“So far in 2009, our markets have continued to decline,” said Cutler. “We anticipate that our markets will decline through at least the second, and possibly the third, quarter. We estimate our markets for all of 2009 will decline by between 7 and 8 percent. We expect to outgrow our end markets in 2009 by approximately $300 million, and we also expect to record approximately $400 million of growth from the full-year impact of the six acquisitions we completed in 2008. These increases are expected to be offset by a decline in foreign currencies of 6 percent. As a result, we anticipate our revenues in 2009 will likely decline by 8 percent compared to 2008.