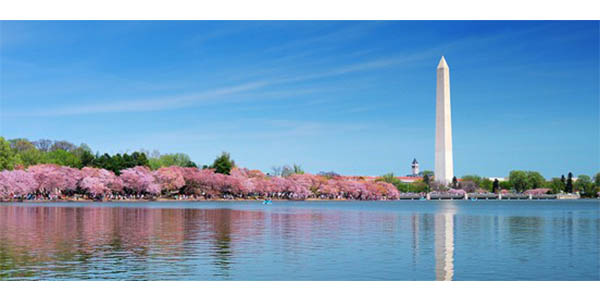 Cherry blossoms represent new beginnings and a time of renewal in Japanese culture.

DENSO has announced it is one of the Sakura Circle sponsors of the 2019 National Cherry Blossom Festival, an event that honors the relationship between Japan and the United States and takes place each spring in Washington, D.C. The sponsorship celebrates DENSO’s Japanese roots while also commemorating its longstanding commitment to the U.S.

Cherry blossoms, known as sakura in Japan, symbolize new beginnings and a time of renewal. Since the flower’s lifespan only lasts a couple of weeks, the cherry blossom also reminds individuals how short-lived time on earth can be and why it’s important to make the most of the present. In Japan, the blooming of the cherry blossoms is celebrated in a custom called ohanami, a phrase meaning “watching blossoms,” and is a tradition that goes back thousands of years.

“As a global mobility supplier with a long history in Japan as well as the United States, we’re happy to promote an event that represents the friendship and collaboration between the two nations,” said Kenichiro Ito, senior executive officer for DENSO Corp. and CEO of DENSO’s North American headquarters. “The National Cherry Blossom Festival honors a beloved Japanese tradition, and we are proud to support the festivities.”

DENSO’s North American roots reach back to 1966 when the supplier opened its first sales office in Chicago. A year later, DENSO opened a Midwest sales office in Southfield, Michigan, and in 1985, the office was established as DENSO International America Inc., DENSO’s North American headquarters. Today, DENSO employs more than 17,000 employees in the United States across 13 states and 25 sites. The group continues to grow its presence across the country, most recently announcing the integration of ASMO North Carolina, Inc. and the opening of its Connected Services Pennsylvania Technical Center in Scranton.

The National Cherry Blossom Festival honors the gift of 3,000 cherry trees that Tokyo Mayor Yukio Ozaki made to Washington, D.C., in 1912. More than 1.5 million people gather in the American capital between mid-March and early April to celebrate the culture, art and tradition the festival commemorates. The event is free to the public.