TROY, Mich. — Delphi Corp. has reported third quarter 2008 revenues of $4.4 billion and net income of $5.2 billion. The results for the quarter include gains of $5.7 billion related to the effectiveness of the GM settlement and restructuring agreements executed in Sept. 2008. Delphi received cash of $1.2 billion from GM related to these agreements, net of $300 million of repayments made to GM under the advance agreement. With the cash received from GM, available cash was $1.9 billion at Sept. 30. 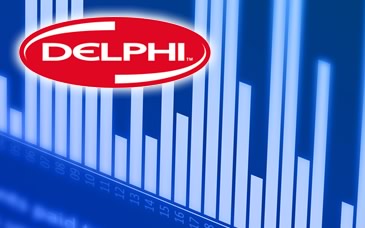 Separately, Delphi filed a motion with the U.S. Bankruptcy Court for the Southern District of New York on Nov. 7, seeking authority to continue use of the proceeds from its DIP Credit Facility through June 30, 2009.

As part of Delphi’s continuing transformation process, on Sept. 29, Delphi transferred $2.1 billion of net unfunded hourly pension liabilities to the GM hourly pension plan. In consideration of this transfer, GM received an allowed administrative claim of $1.6 billion. GM also assumed approximately $6.8 billion of post-retirement benefit liabilities for certain active and retired hourly employees, and for this and other claims, received an allowed general unsecured claim of $2.5 billion. Primarily as a result of the assumption of these hourly employee benefit obligations by GM, Delphi recorded one-time gains totaling $5.7 billion, including a net reorganization gain of $5.3 billion.