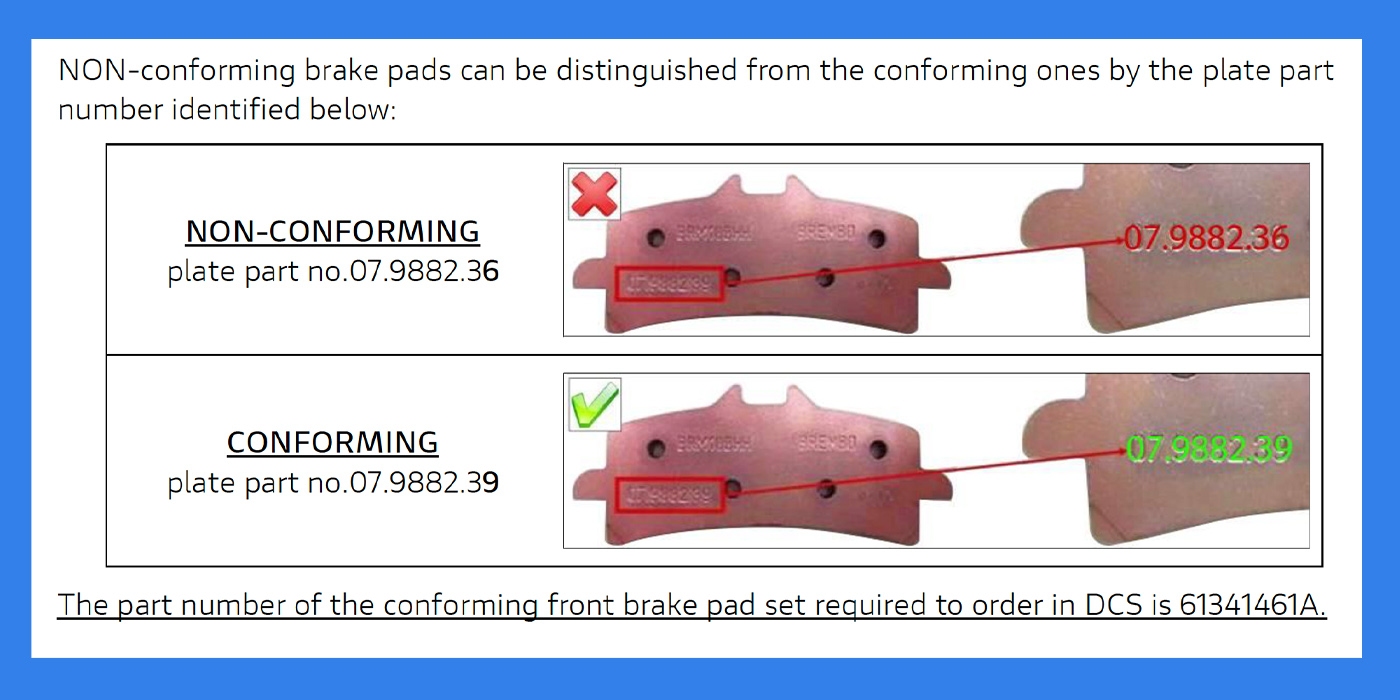 Recall documents say the defect is corrosion on the brake pad backing plates causing the friction material to delaminate.

Earlier this month motorcycle manufacturers Ducati and Triumph voluntarily informed the National Highway Traffic Safety Administration (NHTSA) that combined they would be recalling 3,788 motorcycles worldwide manufactured between 2017 and 2020 for the same defect with the brake pads.

According to the recall campaign documents from Triumph, Ducati and NHTSA, the defect is corrosion on the brake pad backing plates causing the friction material to delaminate. The supplier of the brake pads for both Ducati and Triumph is Brembo S.p.A and the manufacturer, according to NHTSA documents, is the Tungaloy Corp.

The delamination of the friction material can cause increased stopping distances and cannot be balanced with a single action on the brake master cylinder. Brembo advised in both Part 573 recall reports for Triumph (20V-236) and Ducati (20V-322) the root cause for the pad separation was due to the following factors:

Both Ducati and Triumph are informing dealers and owners of the recall. Triumph received 12 reports from the field of the defect, the first incident was reported in September 2019.

Advertisement
In this article:Ducati, Recalls, Triumph
Print
Up Next: