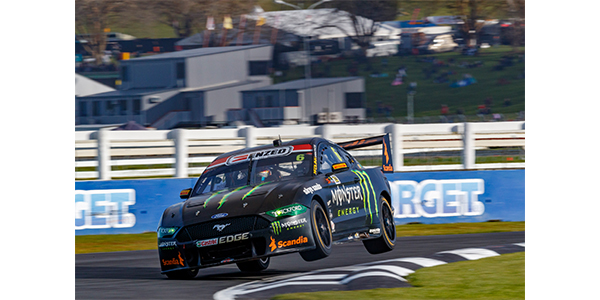 Dayco will be seen across three major motorsport categories at Australia’s most famous motor racing event, the 2019 Bathurst 1000 to be held this weekend (Oct. 10-13) at Mount Panorama.

Dayco, a leading engine components and drive systems supplier for the automotive, industrial and aftermarket industries around the world, will be seen across three major motorsport categories at Australia’s most famous motor racing event, the 2019 Bathurst 1000 to be held this weekend (Oct. 10-13) at Mount Panorama.

Dayco’s premium event and television coverage during 2019 continues with the Bathurst debut of the Monster Energy Tickford Racing Ford Mustang driven by Cameron Waters. The Dayco-sponsored driver is currently fifth in the Supercar Championship and has gained six podium finishes so far this season in his striking matte black Mustang.

Long-term Dayco Ambassador David Russell returns to Supercars at the Mountain this weekend as well, joining forces with Matt Stone Racing (MSR) and Sherrin Rentals in the Dunlop Super2 Series 250-kilometre Bathurst endurance race to be held on Saturday, Oct. 12. This weekend’s Super2 race at Bathurst will reunite the driver (Russell) and sponsor (Sherrin Rentals) that debuted at Mount Panorama together a decade ago.

Since then, “Dayco Dave” Russell has gone on to forge a successful career as an endurance racing specialist both in Australia and internationally, bringing an enviable Super2 Series pedigree to this weekend’s nationally televised Bathurst Super2 race.

Along with his Super2 Series/DVS experience, Russell celebrated a decade of main series Bathurst Supercar endurance co-driver racing last season, having competed there with Fernandez Racing (1 season), Kelly Racing (2 seasons), Nissan Motorsport (5 seasons) and last season with Tickford Racing. Dayco has proudly been a part of the last seven Bathurst campaigns with Russell.

Lago has enjoyed an outstanding Porsche Carrera Cup season which has included the first outright Pole position for a Pro-Am driver, three race wins and consistent top five performances to keep him within grasp of the Tag Heuer Pro Am title in this penultimate round of the 2019 Championship.

According to Matt Stone, MSR Team Principal, “It’s good to have David Russell back in the team. We ran together in the 12 hour at start of year and it’s good to be able to continue the relationship in Super2. We have competed against Russell in Super2 for years so are well aware of his abilities and what he will bring.”

“I have had some great Super2 races at Bathurst and together with such a strong team, I am looking forward to a very strong race this weekend,” Russell said.

For Dayco Asia Pacific Vice President- Aftermarket, Arnold Mouw, the company is delighted to have such a strong presence at this major Australian motor racing event.

“It will be impossible to miss the Dayco brand message at Bathurst this year – that’s for sure! We have progressively grown our involvement in Australian and international motorsport each year together with our ambassador, David Russell, and we are delighted to see him back behind the wheel of a Supercar this year at Mount Panorama.

“Together with Roger Lago in his stunning Carrera Cup Porsche and Cameron Waters in his Tickford Racing Mustang, we have an enviable presence at this event which is as big as it gets in this country, while also being an event that gains incredible Asia Pacific and global coverage as well,” Mouw stated. “I wish all of our drivers and teams a safe and highly successful weekend at Bathurst this weekend.”

Advertisement
In this article:Dayco, Motorsports
Print
Up Next:

Audio Interview: Important Tips For Protecting Your IP From China

TactoTek, Lightworks Partner On Vehicle Lighting Innovations
Connect with us