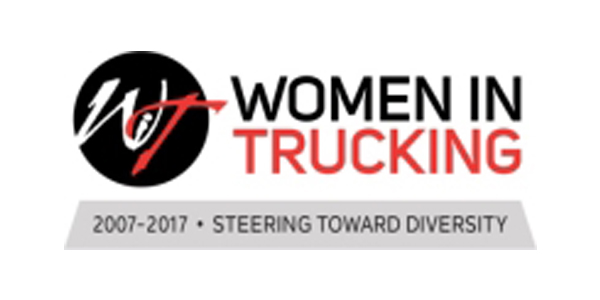 The Influential Woman in Trucking award recognizes women in the trucking industry who make or influence key decisions, have a proven record of responsibility, and mentor and serve as a role model to other women. 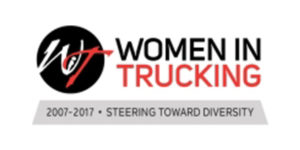 The winner was announced during the panel discussion of “Four Steps Women Take to Become Successful Business Leaders” at the WIT Accelerate! Conference & Expo in Kansas City, Missouri. Jefferson was presented the award by Mary Aufdemberg, director, used truck acquisitions and operations, Daimler Trucks North America, and chairwoman of WIT.

“As the female demographic grows in our industry, more and more women are gaining recognition for their outstanding leadership and professionalism,” said Aufdemberg. “Women In Trucking is an important organization and I am proud to be part of this community and honored to present this award to Daphne Jefferson.”

The Influential Woman in Trucking award recognizes women in the trucking industry who make or influence key decisions, have a proven record of responsibility, and mentor and serve as a role model to other women. The award was developed in 2010 as a way to honor female leaders in trucking, and to attract and advance women within the industry.

“We are truly honored to have such a positive relationship with the Federal Motor Carrier Safety Administration through Daphne Jefferson. She took the time and made the effort to spend two days in the truck with two of our female drivers in order to better understand the industry from the driver’s perspective, and this helped her lead the agency. She is one of the most influential women in the trucking industry and we are pleased to recognize her with this award,” said Ellen Voie, president and CEO, WIT.

As administrator of the FMCSA, Jefferson is the senior career official responsible for truck and bus safety on our nation’s roadways. “The safe and efficient movement of freight is essential to our nation’s economy, and I strive to make sure that the needs of all stakeholders are represented at the Department of Transportation. Every day our FMCSA employees in every state are focused on preventing crashes, fatalities, and injuries involving large trucks and buses,” she said.

In 2016, Jefferson received the Presidential Rank Award for Meritorious Service, the government’s top award for excellence in civil service.

“The Pew Research Center did a study about women and leadership. Even though women are as capable as men in positions of power, barriers continue to persist. As a public servant on the regulatory side of the trucking industry, I try everyday to remove the barriers and dispel any myths about women in this industry and in leadership,” said Jefferson. “It is important that women such as myself and the other nominees for this distinguished award serve as a pipeline for future female leaders. When one of us succeeds, all of us succeed!”

Advertisement
In this article:Jefferson, Trucking, Woman In Trucking
Print
Up Next: