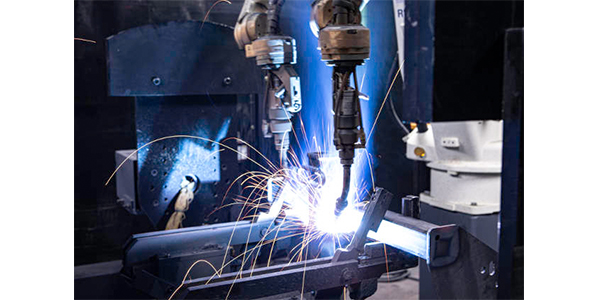 CURT has implemented several advanced assets that have significantly improved manufacturing, processes, capacity, speed and efficiency, according to the company.

CURT, a Eau Claire, Wisconsin-based manufacturer of American-made custom-fit trailer hitches, has made significant investments in its Eau Claire manufacturing facility over the past year, the company announced.

CURT has implemented several advanced assets that have significantly improved manufacturing, processes, capacity, speed and efficiency, according to the company.

Among the new investments are six new dual-arm robotic welding cells that have reduced cycle time for faster production response, according to CURT. There are also two new plate lasers used for cutting steel side plates for hitches. These are three times faster than those previously used, and they provide increased cutting accuracy, better quality, more product and faster response time to customers.

A new machining center has been established within the CURT hitch plant. This will help support continued growth of new product development, engineering and assistance in creating repeatable weld fixtures at a faster rate. Additionally, CURT has invested in a new “mini mill” – a high-accuracy engineering tool that allows one-off samples of parts to be produced quickly and in-house, according to the company.

“Finally, one of the most significant investments CURT has made over the past year is in its people,” the company added in a news release.

At the Eau Claire facility, CURT has established a new welder training program and three new welder training booths for CURT associates. The training resources allow new welders to be trained on CURT processes, giving CURT associates the opportunity to learn a new trade, make an increased salary and add value to the company. Curt also has installed a new fume-collection and air-conditioning system for the manual weld stations.

“These investments are part of an overarching strategy to reduce time to market and improve efficiency to ultimately supply customers with enhanced quality and higher fill rate,” the company said in a news release.

Advertisement
In this article:Trailer Hitches
Print
Up Next: