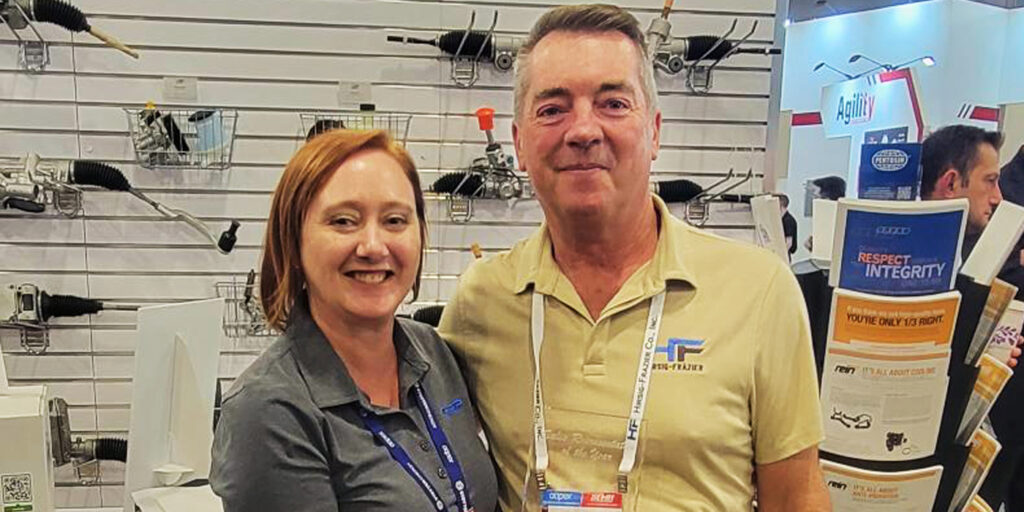 CRP Automotive announced it named Steve Dresser of Hirsig-Frazier Company as its 2022 Sales Representative of the Year. Dresser joined Hirsig-Frazier as the company’s president in July 2011, and has represented CRP Automotive’s AAE, REIN, Pentosin, and AJUSA brands in the Missouri, Iowa, Nebraska, Kansas, Oklahoma, Arkansas, Louisiana and Texas markets.

CRP Automotive presented the award to Dresser during the 2022 AAPEX Show.

The Rep of the Year award was presented by CRP Automotive Channel Sales Manager, Nicole Ryan, and Vice President of Sales & Marketing, Mike Palm. “Steve has leaned in and represented CRP at various key customers. His attention to detail and knowledge aligns with CRP’s vision and values,” noted Ryan.

Dresser accepted the award on behalf of Hirsig-Frazier, noting that the accomplishments in 2022 were the result of a team effort, CRP says.

Steve says he got his start in the automotive aftermarket as a Dayco factory rep in Southern California in 1982. He later joined Parker Automotive (Plews/Edelmann, Roberk, Ideal & Stant) in the San Diego area.  As the parent company changed ownership, internal growth opportunities arose and Steve eventually moved to Chicago and then on to Denver, CO, taking on various sales management roles along the way.