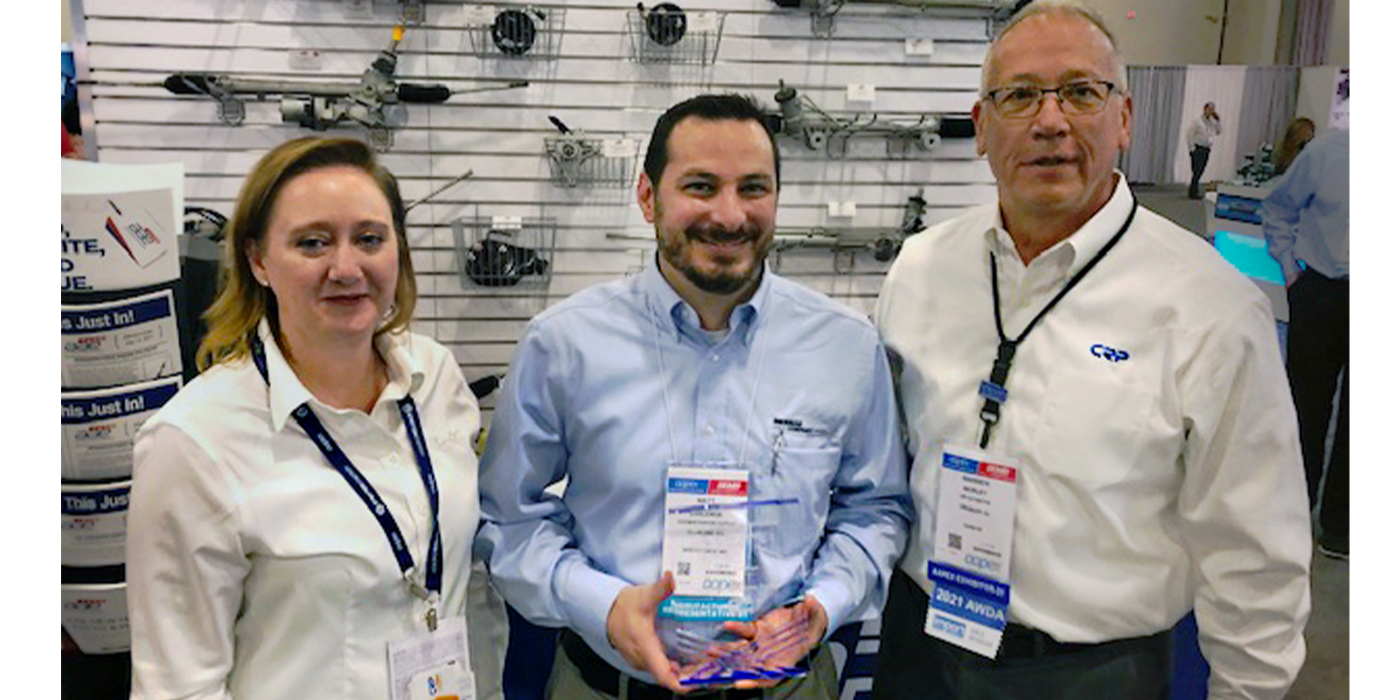 CRP Automotive announced it named Matt Zarlenga of the Sherman-Pearson Company as its 2021 U.S. Sales Representative of the Year.

Zarlenga has been with Sherman-Pearson Company since 2019 and has represented CRP Automotive’s AAE, REIN, Pentosin, and AJUSA brands in the Northern and Central Ohio market. CRP Automotive presented the award to Zarlenga during the 2021 AAPEX Show in Las Vegas, NV.

The Rep of the Year award was presented by CRP Automotive Channel Sales Manager, Nicole Ryan, and U.S & Canada Sales Director, Warren Morley. “Matt exemplifies what makes a professional sales representative successful and has done a great job for us in our Northern territory. He always brings a great deal of enthusiasm, energy, and product knowledge to our sales efforts,” noted Ryan.

Zarlenga accepted the award on behalf of Sherman-Pearson, noting that the accomplishments in 2021 were the result of a solid team effort and made possible only by the dedication and hard work of everyone involved.

Prior to joining Sherman-Pearson Company, Zarlenga was a Manufacturers’ Representative with Bowdoin Marketing specializing in the automotive aftermarket. He also worked in the OE dealership channel as a sales consultant and warranty administrator.

Advertisement
In this article:CRP Automotive, Sales Rep of the Year
Print
Up Next: