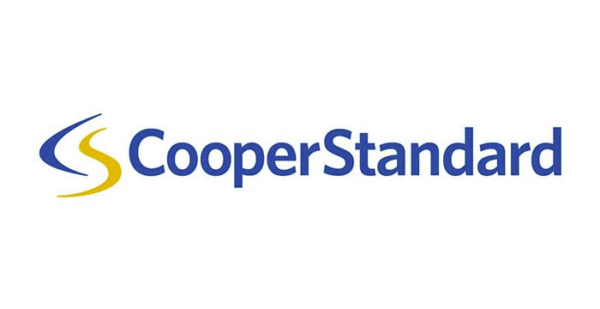 Aleksandra Miziolek has been appointed to the newly created position of chief transformation officer to further drive the company’s evolution amidst a changing automotive industry. Succeeding Miziolek as Cooper Standard’s senior vice president, chief legal officer and secretary is Joanna Totsky, who had served as vice president – deputy general counsel for the company

Cooper Standard announced that Aleksandra Miziolek has been appointed to the newly created position of chief transformation officer to further drive the company’s evolution amidst a changing automotive industry. The appointment is effective July 1.

Miziolek, who had been senior vice president, general counsel, secretary and chief compliance officer for Cooper Standard since 2014, will continue to report to Chairman and CEO Jeffrey Edwards in her new role of directing transformation initiatives aimed at long-term profitable growth.

Succeeding Miziolek as Cooper Standard’s senior vice president, chief legal officer and secretary is Joanna Totsky, who had served as vice president – deputy general counsel for the company. In this role, Totsky will become a member of the Global Leadership Team, reporting directly to Edwards and will also serve as chief compliance officer.

“Thanks to our robust succession planning, we are able to smoothly transition Joanna to the role of senior vice president and chief legal officer,” said Edwards. “In this position, Joanna’s extensive automotive legal background, public markets experience and tenure with Cooper Standard, all provide a strong platform for continued success.”

Miziolek, who has been an important member of Cooper Standard’s Global Leadership Team, has more than 35 years of experience working in mergers and acquisitions, strategic growth and corporate governance.

Before joining the company in 2014, Miziolek was with Dykema Gossett PLLC, a national law firm, in a variety of key management positions, most recently serving as the director of the Automotive Industry Group. From 2003 to 2010, she served on Dykema’s Executive Board and as the director of its Business Services Department. As a result of her representation of numerous Fortune 500 companies and private equity funds in significant transactions, Miziolek was recognized by Chambers USA in Corporate/M&A from 2006 until 2013.

Prior to joining Dykema in 1982, Miziolek served as a law clerk for the Honorable James P. Churchill, U.S. District Court for the Eastern District of Michigan. She graduated from Wayne State University Law School with a Juris Doctor, summa cum laude, and served as the editor-in-chief of the Wayne Law Review. She currently serves as chair of the Citizens Research Council of Michigan, on the General Counsel Steering Committee of the National Association of Corporate Directors and on the Transportation and Infrastructure Policy Committee of the National Association of Manufacturers. She is also a member of the honorary board of directors of Inforum, a top women’s leadership organization in Michigan.

She joined Cooper Standard in 2016 with 20 years of experience in transactional, corporate, securities and regulatory law in the automotive and financial service industries.

She started her legal career as an associate in the International Group of Miller Canfield splitting her time between the firm’s Detroit and Warsaw offices. Totsky worked as senior editor and a member of strategy team at Thomson Gale in Detroit while studying for her law degree.

Advertisement
In this article:Cooper Standard, executive appointments
Print
Up Next: