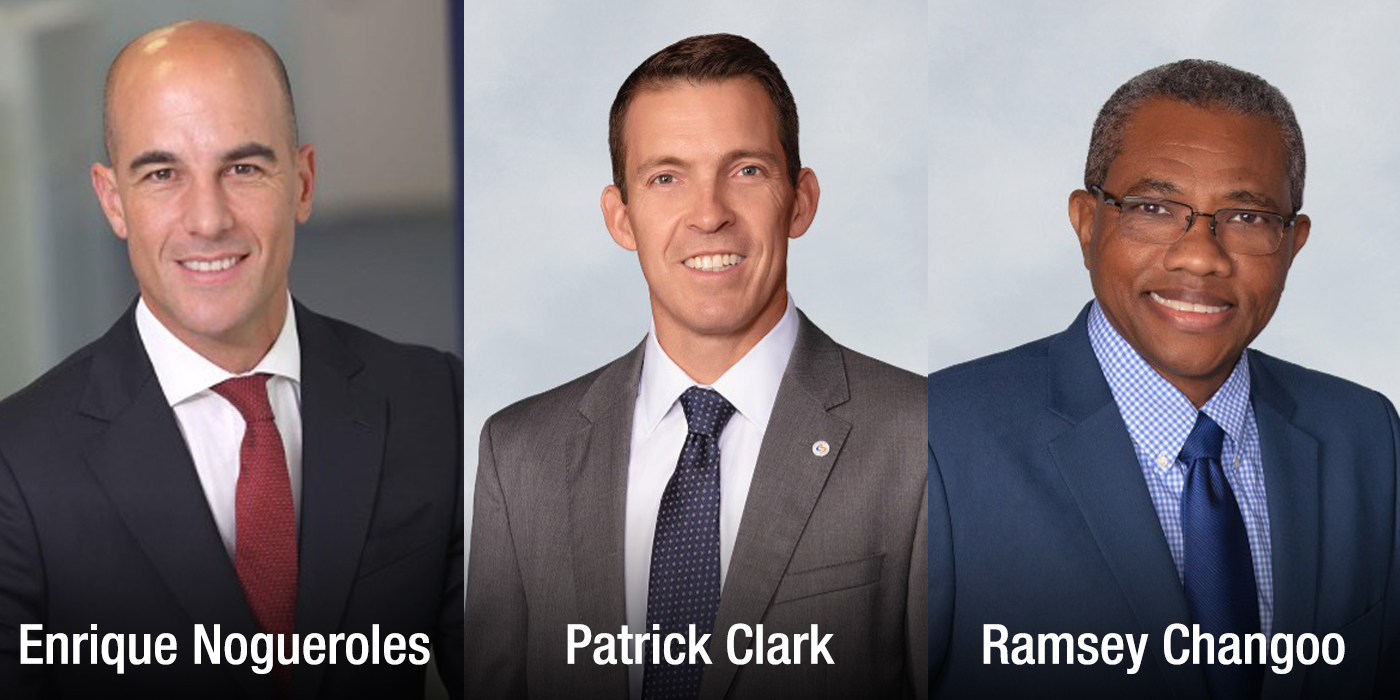 New appointments have been announced in conjunction with the retirement of William Pumphrey, and the departure of John Li.

Cooper Standard has announced changes to its leadership team: William (Bill) Pumphrey, executive vice president and president, Global Automotive and Industrial and Specialty Group (ISG), is retiring at the end of the year; and John Li, vice president and managing director China, is leaving the company to pursue other endeavors. As a result, the following changes will take place over the next month:

• Enrique Nogueroles has been named vice president and managing director – Asia Pacific and will assume P&L responsibility for the entire Asia Pacific business; and

• Ramsey Changoo has been appointed vice president and managing director – ISG, assuming P&L responsibility for the business. He will also join the Global Leadership Team.

“Patrick, Ramsey and Enrique bring a wealth of experience to these vital roles in our leadership team,” said Jeffrey S. Edwards, chairman and CEO, Cooper Standard. “Filling these positions with outstanding internal candidates is a testament to Cooper Standard’s culture and leadership bench strength. I am confident that they, along with the other members of our leadership team, will continue with laser focus on delivering world-class products and services to our customers and driving increasing value for all our stakeholders. On behalf of the entire Cooper Standard organization, I want thank Bill for his strong leadership and many contributions over the years.”

Nogueroles brings more than 12 years of industry expertise to his new role, where he will be responsible for the sales, program management and manufacturing activities in Asia Pacific, while partnering with engineering, manufacturing and other functions to execute China’s profitable growth strategy. He joined Cooper Standard in 2018 as managing director, Cooper Standard India and most recently served as vice president operations Asia Pacific & China joint ventures.

Bringing more than 30 years of experience to his new role as part of the Global Leadership Team, Changoo will oversee the company’s ISG as vice president and managing director – ISG. In this position, Changoo will work to help progress the company’s diversification strategy to accelerate growth and maximize the value of the company’s products and technologies in industrial and specialty markets. He joined Cooper Standard as finance director in 2005 and has held leadership positions in finance and operations.

Pumphrey joined the company in 2011 as North American president. During his career at Cooper Standard, he was instrumental in ensuring Cooper Standard supported customers in meeting the demands of the rapidly changing mobility landscape. He was also responsible for corporate strategy and the company’s ROIC (return on invested capital) improvement initiative, where he helped refine the strategy for future growth.

Advertisement
In this article:Cooper Standard, executive appointments
Print
Up Next: