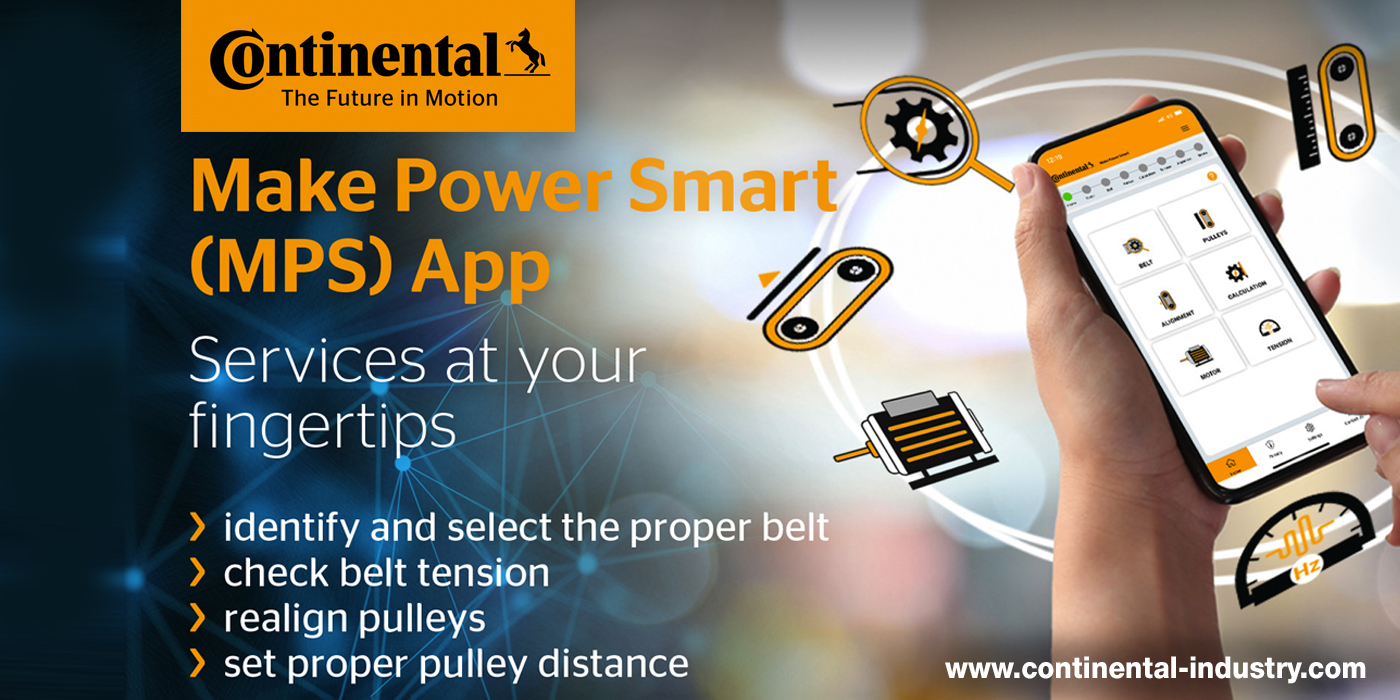 The app gives users a digital and interactive analysis of a belt with just a few clicks on their smartphone.

Continental’s Make Power Smart app announced a new version of the app that will include updates and enhancements for the user. The app will also now be available for download in Europe for Android and iOS, marking growth in Continental’s new way of working with belts, the company says.

Continental says updates and improvements to the app include:

“At Continental, we are always looking for new and improved ways to provide value to our customers,” said Jenelle Ogburn, head of Americas Industrial Distribution, Power Transmission Group. “The Make Power Smart app has been a successful step of launching into the digital age to help our customers do work easily and effectively, and we’re excited to enhance the user experience and grow the app outside of the North American market.”

Continental says the app allows users to get a digital and interactive analysis of a belt with just a few clicks on their smartphone. It also provides important data on the drive condition, enabling users to improve the belt drives themselves on the site – with all of the tools needed on one easily accessible app.

The Make Power Smart app was originally conceived as part of Continental’s internal innovation competition and was later chosen as the winner. It originally launched in summer 2021 and has consistently received positive reviews from customers, the company says.

Advertisement
In this article:app, Continental, Timing Belts
Print
Up Next:

PPG to Power MI Facility with Clean Energy by 2024