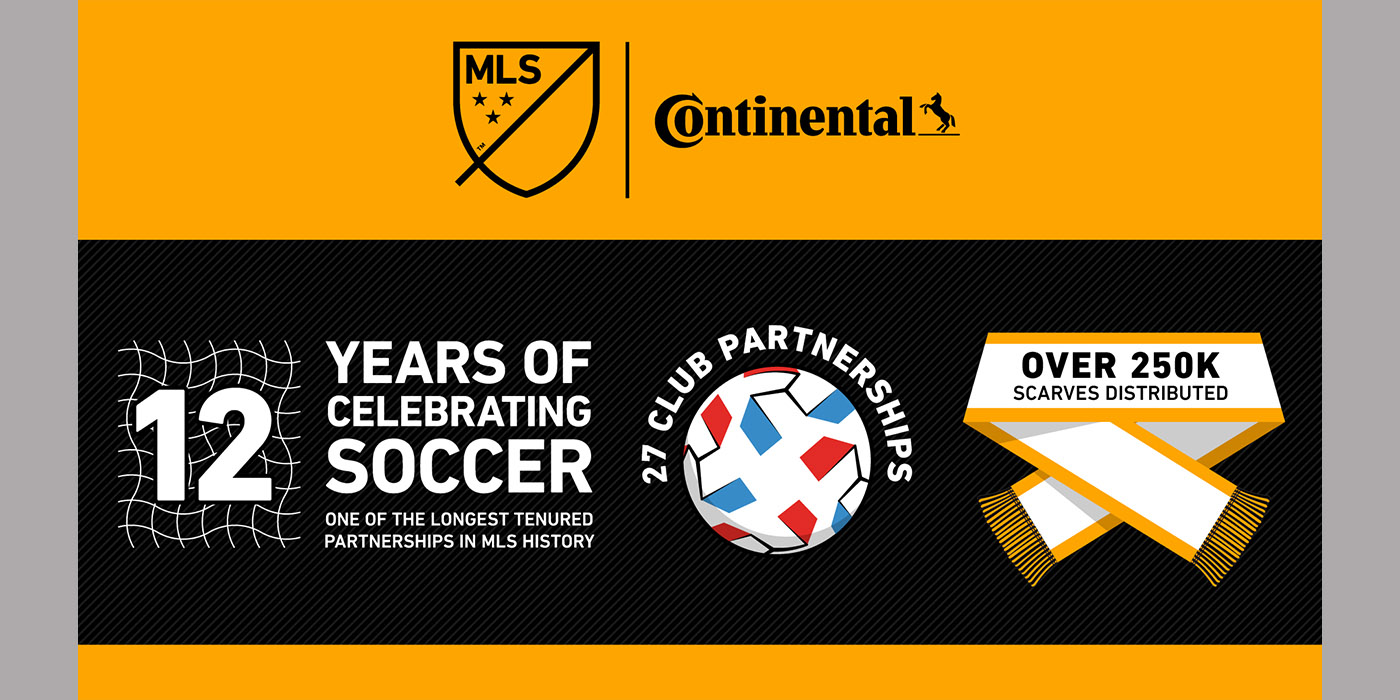 The new and expansive agreement will continue to celebrate soccer culture and fans, courtesy of one of the league’s longest tenured partners.

Major League Soccer (MLS) and Continental Tire, one of the oldest independent and largest tire manufacturers in the world, have announced a renewal of their successful partnership in North America. Celebrating its 150th company anniversary on Oct. 8, Continental Tire will continue to serve as the League’s Official Tire and as an Official Partner of all 27 MLS Clubs. To commemorate 150 years, Continental Tire is gifting $150,000 to the incredibly passionate fans of MLS, the Club Supporters Groups.

“We’ve been celebrating the culture of soccer in North America as a partner of Major League Soccer for over 10 years and we’re excited to continue the partnership once again,” said Travis Roffler, director of marketing for Continental Tire. “We have a deep understanding of the passion that drives this sport as Continental’s soccer roots began in the 1950s with Hannover 96, a German professional soccer club. As we celebrate Continental’s 150th anniversary this October, we look forward to bringing MLS fans along for the ride for more years to come.”

MLS’ partnership with Continental Tire, which began in 2010, will continue to forge a deeper connection with soccer’s young and engaged fan base by creating unique experiences and offerings. With MLS supporters and fans at the core of all activations, Continental Tire has become an authentic part of the gameday experience.

“Continental Tire has been an extraordinary partner during the explosive growth of MLS and the sport of soccer in the U.S. and Canada over the past decade,” said Jennifer Cramer, senior vice president of marketing of SUM and Major League Soccer. “With their continued support of our League and teams and a new initiative to benefit club supporters groups, Continental Tire always takes extra steps to show their genuine dedication to our sport, fans and communities.”

Advertisement
In this article:Continental Tire, sports partnerships
Print
Up Next: