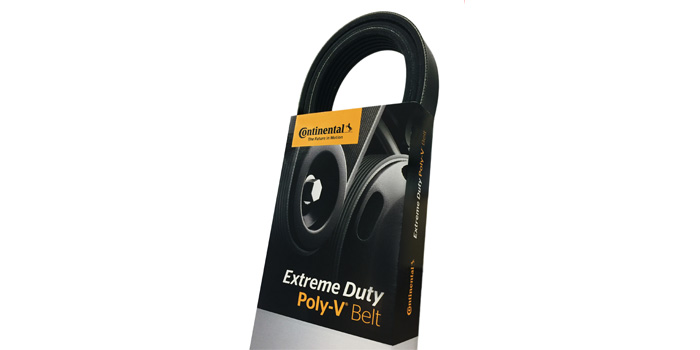 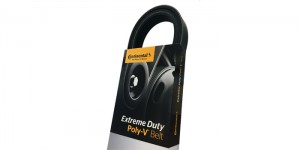 “This belt will be offered in 90 new part numbers designed for the Class 6-8 heavy-duty trucks in the aftermarket,” said Tom Lee, Continental’s marketing manager for North American aftermarket products. “Currently, we are offering the belts in 8, 10 and 12-ribbed profiles, packaged in a new sleeve design.”

Continental says the Extreme Duty Poly-V straight-ribbed belt performs better under higher underhood temperatures, thereby resulting in lower emission standards, and comes with a 100,000-mile guarantee. “This belt has four times the flex life of previous belts. We wanted to see how it would perform with heat that was 20 percent higher than what is mandated by the SAE standards,” said Lee. “The test was conducted in an extreme heat environment to simulate an engine with a number of accessories and low air circulation. With advanced EPDM polymers, the Extreme Poly-V belt meets higher performance standards.”

The belts will be offered through Continental’s normal North American distribution channels. For additional information, go to continentalhd.com.

Advertisement
In this article:Continental, Heavy Duty, poly-v belt
Print
Up Next: