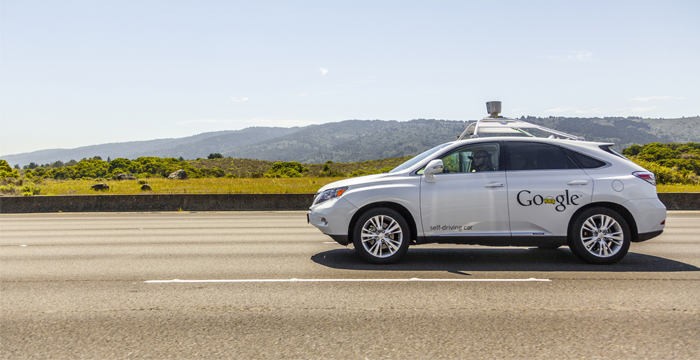 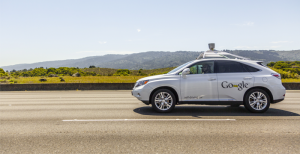 A Lexus RX450h, one of Google’s driverless cars, travels during the day. Photo credit: © iStock.com/Jason Doiy

In addition, the public interest group said the regulations should be amended as to require copies of any video or technical data gathered by the robot vehicle related to the crash be provided to the department. Currently, a company whose robot car is involved in an accident must report the incident to the department within 10 days. There is no requirement that police investigate the accident.

“Under the current regulations, the Department relies completely on the testing company’s account of what happened,” wrote John Simpson, Consumer Watchdog’s Privacy Project director, in the petition to the DMV. “With the public’s safety at stake, it’s imperative that a neutral third party investigates any accident involving a robot car.

“Immediate action is needed to ensure that any accidents involving autonomous vehicles will be reported in an unbiased way,” wrote Simpson. “Understanding what went wrong when there are the inevitable robot car crashes is essential to developing necessary regulations for the vehicles.”

The DMV has 30 days to respond to Consumer Watchdog’s petition for the rulemaking. The petition proposes amending the accident-reporting rule by inserting the underlined words to read:

Section 227.44. Reporting Accidents. A manufacturer whose autonomous vehicle is in any manner involved in an accident originating from the operation of the autonomous vehicle on a public road that resulted in the damage of property or in bodily injury or death shall immediately report the accident to the police and request an investigation of the accident. In addition to the police report of the investigation the manufacturer will report the accident to the department, within 10 days after the accident, on Report of Traffic Accident Involving an Autonomous Vehicle, form (OL 316 (NEW 9/2013) which is hereby incorporated by reference. The manufacturer shall identify on the form, by name and current address, if available, all persons involved in the accident, and a full description of how the accident occurred. In addition the manufacturer will provide the department with copies of any video and recorded data related to the accident.

There have been 17 accidents involving robot cars since Google began testing them. Sixteen involved Google vehicles. One accident involved a Delphi vehicle, according to Consumer Watchdog. Currently, there are 10 companies approved by the DMV to test robot cars on California’s highways. They are: Volkswagen Group of America, Mercedes Benz, Google, Delphi Automotive, Tesla Motors, Bosch, Nissan, Cruise Automation, BMW and Honda.

Anti-Counterfeit Electronics, Automobiles Packaging Market To Reach $24.2B, Globally, By 2020