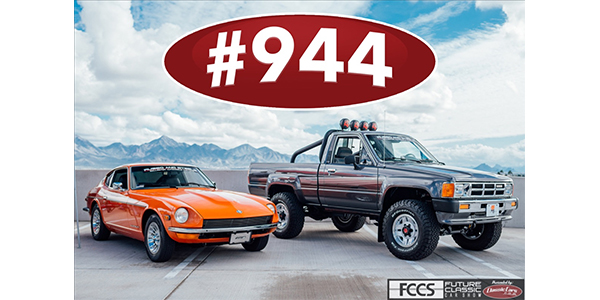 The list, compiled by Alexa Certified Site Metrics and compiled by Amazon, places ClassicCars.com as the 944th most popular website in the U.S. and 4,875th overall in the world.

The company says this ranking, calculated through a combination of page views and average daily visitors to the site, represents a major leap forward for ClassicCars.com and is a vindication of its devoted, community-driven strategy. The site looks to expand this growth further in 2019 while maintaining its focus as the internet’s largest classic car community hub and resource for prospective classic car buyers and sellers.

“We’re very excited to announce ClassicCars.com’s new ranking in the top 1,000 sites in the U.S.,” said Roger Falcione, president and CEO of ClassicCars.com. “We’ve seen some incredible growth since January 2019, and we’re making great efforts to continue this trend of growth through the rest of the year.”

Analytic data also shows the majority of users find the ClassicCars.com Journal via email, with 57 percent of users coming to the platform from the company’s email newsletter, compared to 20 percent via direct URL input, 13 percent via organic search engine traffic and 6.6 percent via social media.

The ClassicCar.com Marketplace, however, shows 59 percent of users arriving via organic search engine traffic as opposed to 13.75 percent via direct search and 15.4 percent via email.

Advertisement
In this article:ClassicCars.com, eCommerce
Print
Up Next:

ClassicCars.com Breaks Into Top 1,000 Most Popular Websites In The US

Uni-Select Celebrates Its Canadian Supplier Award Winners
Connect with us