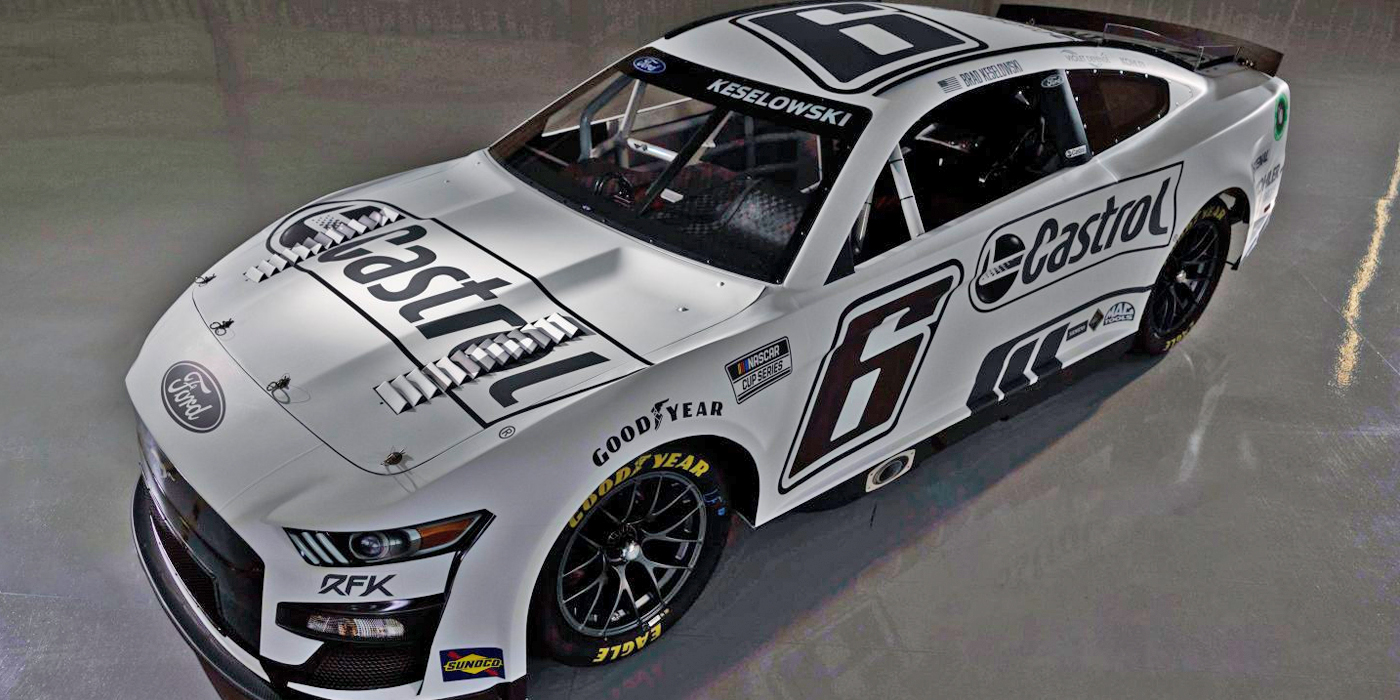 RFK is bringing back the carbon neutral No. 6 Ford powered by Castrol at Talladega Superspeedway on Sunday, April 24.

Roush Fenway Keselowski Racing (RFK) announced it is bringing back the carbon neutral No. 6 Ford powered by Castrol at Talladega Superspeedway on Sunday, April 24. RFK Co-owner and driver Brad Keselowski will be behind the wheel of the Castrol Mustang in the now iconic all-white paint scheme. RFK became the first carbon neutral NASCAR race team in 2021.

The initiative is part of Castrol’s ongoing relationship with RFK and is another step toward supporting its partners in achieving their lower carbon ambitions. RFK says it continues to make strides on its carbon neutral journey, having been able to achieve reductions across Scope 1, 2 and certain 3 emissions associated with the team and in accordance with internationally recognized PAS2060 standard that RFK utilized in becoming carbon neutral.

Beginning at the Talladega race both RFK cars will be using motor oils specially formulated for RFK by Castrol with more than 50% RRBO (re-refined base oil). Re-refined oil, on average, is 50% lower lifecycle carbon emissions vs. ordinary/conventional oil.

Prior to the race on April 24, Castrol will lead a community-wide clean-up with Keselowski and fellow RFK driver Chris Buescher, who pilots the No. 17 car, on Friday April 22 (which is also Earth Day) in Oxford, Ala. Fans across the country are invited to join in the efforts by posting pictures to Instagram of their own clean-ups with the hashtag #drivingforchange for a chance to win Keselowski’s race-worn, fire suit. Consumers must post pictures of their local clean ups by May 8.

“Since RFK’s milestone commitment to carbon neutrality last year, we at Castrol have continued to look for ways to help drive change and to support our partner RFK,” said Castrol’s vice president of marketing, Americas Rayne Pacek. “And we’re excited to get fans involved this year in the community clean up and to have Chris and Brad leading the charge in Oxford, in addition to raising awareness on the track.”

Speaking about RFK’s carbon neutral journey Brad Keselowski said, “None of us can change the world overnight by ourselves, but every bit counts and I’m proud to be working alongside Castrol to raise awareness. I hope that RFK and Castrol can help inspire others and help to drive change.”

Advertisement
In this article:Carbon Neutral, Castrol, Roush Fenway
Print
Up Next: