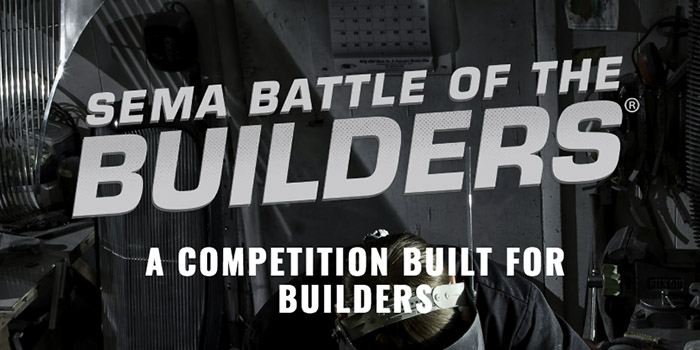 The program recognizes and brings increased media exposure to top vehicle builders, their vehicles and the products that make the vehicles unique. 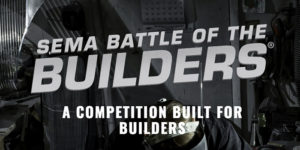 Builders with a car or truck on display at the 2017 SEMA Show, held Oct. 31-Nov. 3 in Las Vegas, may now enter the SEMA Battle of the Builders competition by applying online at sema.org/botb. The program recognizes and brings increased media exposure to top vehicle builders, their vehicles and the products that make the vehicles unique.

Now in its fourth year, the SEMA Battle of the Builders program shines the spotlight on the amazing talents and craftsmanship of builders who have already proven themselves by being a part of the premier automotive trade event in the world.

New for this year is the expanded Young Guns category, a program that was introduced in 2016 to provide heightened exposure for up-and-coming builders. As part of the Young Guns program, SEMA partnered with AutoCon, Bonnier and Goodguys to award builders age 27 and younger (as of Nov. 3) who do not have a vehicle at the show an opportunity to participate in SEMA Battle of the Builders. Partnering organizations will award six winners at select regional events a prize package that includes an all-expenses-paid trip for two to the 2017 SEMA Show, transportation of the winner’s vehicle, a designated feature spot at the show, and automatic entry into the SEMA Battle of the Builders competition.

Winners from the partnering organizations will then compete in the Battle of Builders competition at the SEMA Show, alongside the builders who entered with a feature or booth vehicle from the annual trade-only event. All competitors, their vehicles and sponsoring exhibitors receive increased exposure at the SEMA Show, as well as the possibility of being featured in a one-hour, nationwide television special that will air on the Velocity Network.

To enter or for more information, visit sema.org/botb.

Advertisement
In this article:Battle of the Builders, SEMA
Print
Up Next: