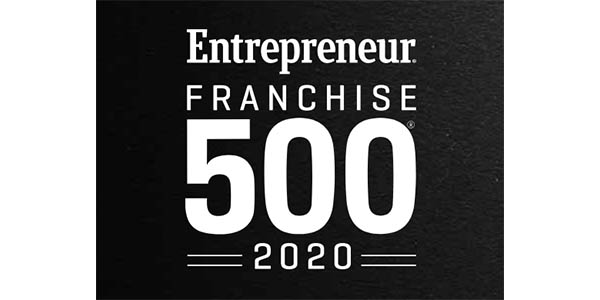 CARSTAR, a network of independently-owned collision repair facilities, has been ranked again among the top franchisees in Entrepreneur  magazine’s 2020 Franchise 500. Recognized by entrepreneurs and franchisors as a top competitive tool of measurement, the Franchise 500 places CARSTAR 120th on the list.

To determine the 2020 Top Growth Franchises ranking, Entrepreneur looked at each company’s U.S. and Canadian franchise numbers over a three-year period (from July 2016 to July 2019; given the rapid changes, COVID-19 impacts weren’t taken into account). In order to qualify, companies had to have positive growth of at least five units each year. They were ranked based on a formula that considers their total positive U.S. and Canadian franchise growth over the three years as well as factors that negatively affect growth, such as terminations, nonrenewals and other closures.

“It’s an honor to be recognized among the top franchise companies in the world,” said Dean Fisher, collision group president, Driven Brands. “Through 2019, we had a laser focus on strategic growth, continued operational improvements and best-in-class customer service as North America’s premier collision repair company. Our ranking as one of the top franchises reflects these accomplishments. This would not have been possible without the tremendous hard work and dedication of our more than 600 franchise family and CARSTAR team members. This year has had a unique focus, as we have prioritized our efforts on helping our franchise partners stabilize and sustain their businesses. We have seen that approach prove successful, and are looking to continuing our growth and performance into 2021.”

The key factors that go into Entrepreneur’s evaluation include costs, fees, size, growth, support, brand strength, financial strength and stability. All franchises are given a cumulative score based on more than 150 data points, and the 500 franchises with the highest cumulative scores become the Franchise 500 in ranking order.

Advertisement
In this article:carstar
Print
Up Next: