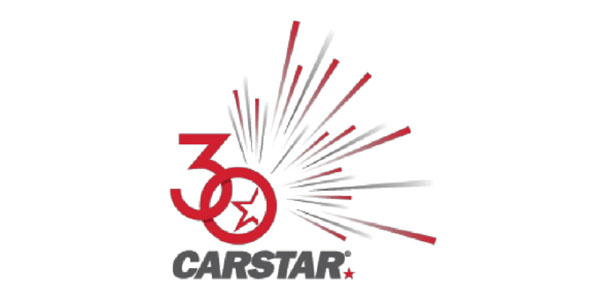 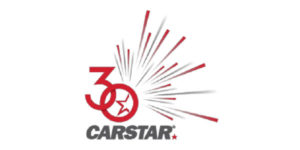 CARSTAR, one of North America’s leading providers of collision repair services, is celebrating its 30th year of business, with plans to accelerate its rapid growth.

To mark this anniversary, CARSTAR has plans to honor the occasion with new initiatives throughout the year that give back to the communities it serves.

“This landmark anniversary means the world to our organization and we know that we would not have been able to make it to this moment without the support of our tremendous network, customers and communities we serve,” said Michael Macaluso, president, CARSTAR. “Offering tokens of appreciation throughout the year is our way to say thank you and as we accelerate our growth in 2019, we look forward to celebrating many more milestones with all of you.”

Founded in 1989 by Lirel Holt on the belief that a network of high-quality collision repair facilities would benefit consumers, CARSTAR paved its own future, never wavering on its founding values.

“We were the first CARSTAR store, joining the network on Oct. 1, 1989,” said Gerald Wicklund, owner of CARSTAR Wicklund’s Collision Center. “Our location in Liberty, Missouri, is now a three-generation CARSTAR. To this day, I would highly recommend that a person join CARSTAR purely for the fact that you can do things that you could not do by yourself, from hosting golf tournaments to procurement support, while still being a local owner and operator.”

In 1994, CARSTAR expanded to Canada with master franchisee Sam Mercanti and from there, the business expanded rapidly across the nation.

“Sam Mercanti advised us that it would be in our best interest to join CARSTAR, which is where our journey began,” said Paul Saputo, owner of CARSTAR Ancaster East and West. “As one of the first Canadian franchise partners, we were encouraged to operate as the best collision repair facility we could be. Here we are decades later, accelerating our drive to exceed expectations and really the sky is the limit for us and CARSTAR as an entire network.”

CARSTAR has celebrated many milestones over the years including, including repairing a total of more than 6 million vehicles, employing more than 8,000 people across the U.S. and Canada, opening its 600th location in 2018 and upholding a customer service NPS score of 80 percent across the continent.

“Having been with CARSTAR since the beginning of its Canadian history, we have been able to witness the team make strategic decisions alongside industry advancements to help us achieve these milestone accomplishments,” said Domenic Lucarelli, owner of CARSTAR Stoney Creek. “Our favorite part about CARSTAR though has been the lasting friendships we have created. Relationships that once centered on business have now evolved into friendships with our insurance partners, vendors, customers and other owners. It is exciting to see the next generation, like our two sons Joseph and Domenic Jr., follow in these footsteps and succeed with CARSTAR, just like we have.”

Having begun 2019 with plans to accelerate its growth, CARSTAR says it is eager to support the next generation in advancing their collision repair businesses. Across North America, the industry’s consolidation rates have yet to slow, CARSTAR noted. Knowing that the trend is continuing at this pace, having the support of CARSTAR has proved incredibly beneficial for its network. Allowing franchise partners to independently own and operate their facility, but with the boosted support of the CARSTAR brand, guidance and resources is what the majority of its network cite as their reason for joining the company.

Advertisement
In this article:Anniversaries, carstar
Print
Up Next: