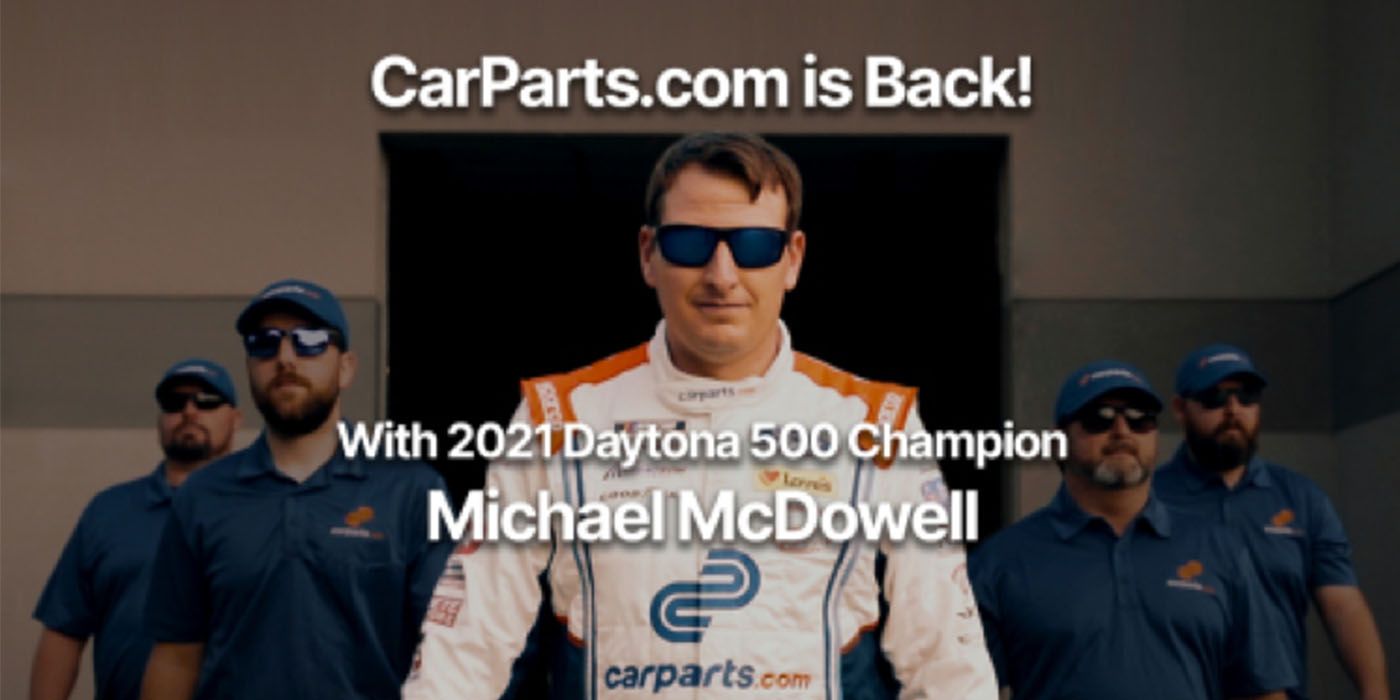 CarParts.com offers an easy-to-navigate, mobile-friendly shopping platform, connecting drivers with the parts they need to get from point A to point B with confidence. The company has delivered more than 50 million parts across America and now counts the 2021 Daytona 500 champion as a loyal customer. Last year, CarParts.com and McDowell partnered to make updates to his Ford F-150 with various parts through a video install series, including a tonneau cover, exhaust system, and brakes.

Last season, CarParts.com partnered with FRM and McDowell on various promotions, sweepstakes, contests, and other activities to get more involved in the sport and spark engagement with NASCAR fans. One event in particular—when McDowell and Darrell “Bubba” Wallace, Jr. made contact on the track during the All-Star race—led to a cascade of charitable contributions after CarParts.com bid on the bumper involved, including donations of $20,034 to Motor Racing Outreach in McDowell’s name, another $20,043 to Victory Junction in Wallace’s name, and finally the bumper itself to a NASCAR fan. Both CarParts.com and FRM are excited to find more ways to connect with fans during the 2021 season.

“It’s great to have CarParts.com back with us in such a big way,” said McDowell. “We always knew they were with us, part of the family and supporting us. Now we can do something even bigger and better as we start our season. We have all year to spread the word about CarParts.com to NASCAR fans. I’ve used their site and it’s easy. They have every part you need. It’s just awesome to see this come together and I can’t wait to see what they have planned for us.”

Advertisement
In this article:CarParts.com, Front Row Motorsports, motorsports partnerships
Print
Up Next: