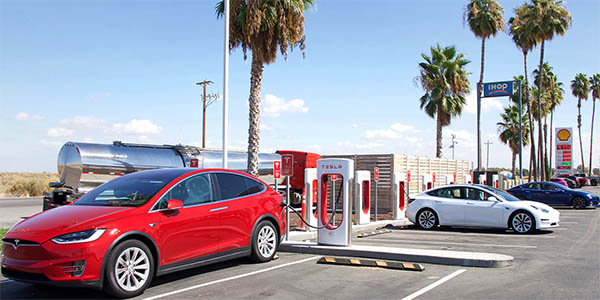 All new cars and passenger trucks sold in the state would be required to be zero-emissions by 2035.

California Governor Gavin Newsom issued a controversial Executive Order this week instructing the California Air Resources Board (CARB) to draft regulations requiring that all new cars and passenger trucks sold in the state be zero-emissions by 2035.

Once drafted, CARB’s proposed regulations will be subject to a lengthy regulatory process, including legal, economic, and environmental analyses, public comment and hearings. The Governor’s order is also expected to face numerous legal challenges from opponents.

“SEMA is deeply disappointed in Governor Newsom’s decision to escalate his ongoing feud with the Trump Administration at the expense of the consumer and California’s small businesses,” said Daniel Ingber, SEMA vice president of government and legal affairs. “SEMA will work with the industry and enthusiasts in opposing the Governor’s proposal on all fronts.”

According to the California Energy Commission, zero-emission vehicles (ZEVs) currently make up approximately 2% of the more than 28 million vehicles in use in the California. It is estimated that at least 8% of new vehicle sales in California will be ZEVs and plug-in hybrids by 2025.

California’s ZEV program falls within the state’s greenhouse gas rule that is being challenged in court by the Trump administration. The federal government is seeking to withdraw EPA recognition of the California rule under the Clean Air Act because it effectively establishes fuel economy standards which are the sole jurisdiction of the federal government. The challenge could eventually be decided by the Supreme Court.