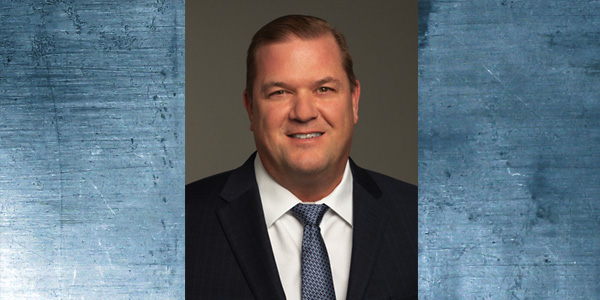 Sanders has spent his entire career in the automotive industry and joined Caliber Collision in 1997 as it expanded its operations into Texas. Sanders’ extensive operational knowledge and leadership experience coupled with his commitment to Caliber’s purpose of Restoring the Rhythm of Your Life has allowed him to play a pivotal role in solidifying Caliber’s strong position in the automotive service industry, said the company.

As President and COO, Sanders led the growth strategy which expanded Caliber Collision’s footprint throughout the U.S. while also positioning Caliber for the future through the strategic acquisition of other lines of business. He also led the consolidation and alignment of all brands – Caliber Collision, Caliber Auto Care and Caliber Auto Glass under the Caliber umbrella, priming Caliber for its next phase of growth.

“I started my career in the collision industry 33 years ago as a shop helper. I have been fortunate to work alongside many great mentors and leaders such as my father Joe Sanders and Steve Grimshaw and have been awarded many opportunities to learn and develop throughout my career,” said Sanders. “I learned this business through working in nearly every position in the back and the front of a shop, so I have a unique perspective as I have been in our teammates’ shoes. My goal in the coming years is to continue to develop an experience that inspires every current and future Caliber teammate to reach their full potential through training and development while restoring the rhythm of millions of lives together.”

Caliber plans to name Sanders’ successor in the near-term and is prepared for a smooth transition as the internal candidate assumes their new role.

Steve Grimshaw, who currently serves as Caliber’s CEO, will move to full time executive chairman. During Grimshaw’s tenure, the organization grew from 68 locations in two states to more than 1,200 locations in 34 states across the U.S. Caliber’s revenue also increased from $284 million to $4 billion.

“I’ve had the pleasure of working alongside Mark since my very first day at Caliber, and I can’t think of anyone better suited or more capable of leading Caliber into its next phase of growth. Caliber’s continued success is driven by our purpose of ‘Restoring the Rhythm of Your Life.’ Our experienced leadership team is committed to serving our teammates and customers and fostering our innovative culture,” said Grimshaw. “I am proud to continue being part of the team who plays an integral role in evolving the business and achieving our vision for the Caliber of Tomorrow.”

“Mark’s leadership has been a critical element of Caliber’s exceptional performance over the last two decades and we have tremendous confidence in Mark and his ability to continue strengthen and grow the business over the coming years. Caliber is an outstanding business with a long-run way for growth,” said Erik Ragatz, partner at Hellman & Friedman LLC, Caliber’s largest shareholder.

Advertisement
In this article:Caliber
Print
Up Next:

Former Amazon Executive Joins CarParts.com as COO
Connect with us