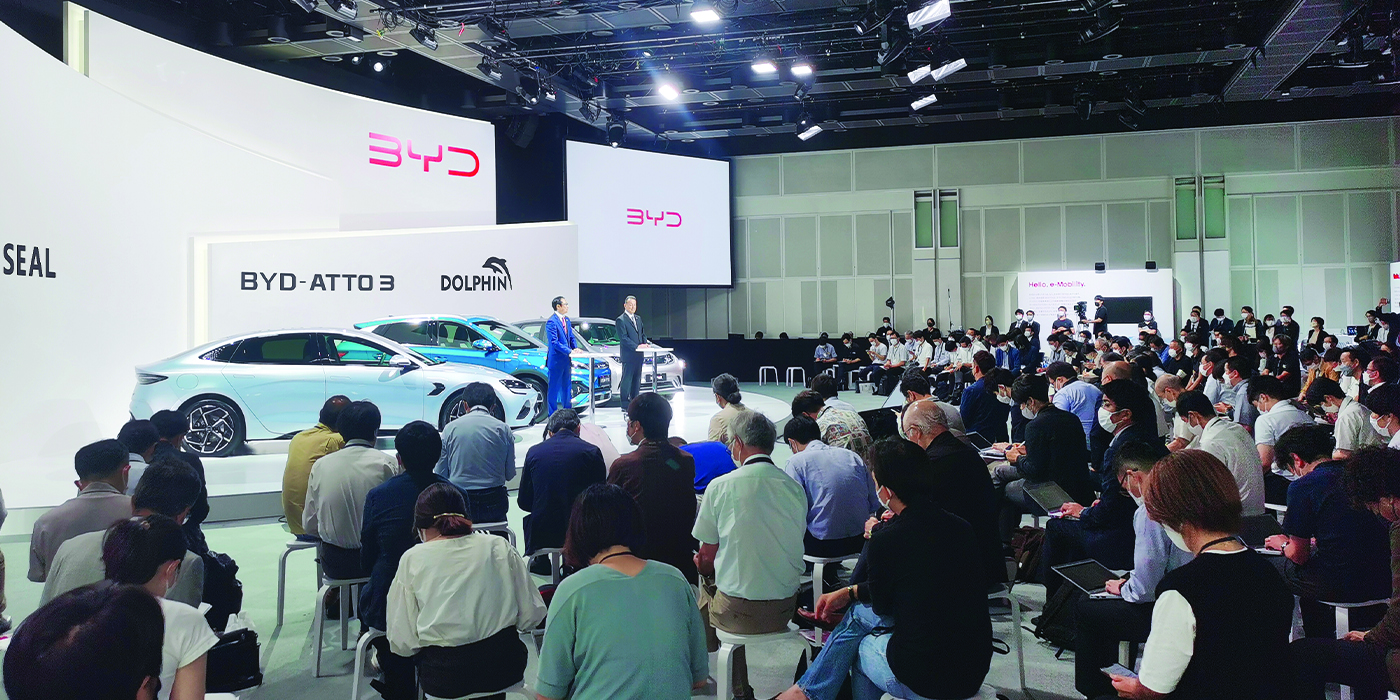 BYD ATTO 3 is slated to become the first BYD passenger vehicle sold in Japan, with sales expected to begin in January 2023.

On July 21, BYD JAPAN Inc., a branch of BYD Company Limited in Japan, held a brand conference in Tokyo, marking BYD’s official entry into the passenger vehicle market in Japan.

BYD ATTO 3 is slated to become the first BYD passenger vehicle sold in Japan, with sales expected to begin in January 2023. BYD DOLPHIN and BYD SEAL are expected to follow soon after, hitting the market in the middle and second half of 2023, respectively. BYD says these three EVs bring more choices and further enhance the local electric passenger vehicle market.

Wang Chuanfu, chairman and president of BYD, said, “As one of the first enterprises to develop electric vehicles in the world, BYD has accumulated 27 years of expertise and experience in the field of new energy vehicles, and has mastered the advanced technologies spanning batteries, electric motors, electronic control systems and automotive-grade chips. Today, with the support and expectation of consumers, BYD officially hits the new energy passenger vehicle market in Japan. Through the joint efforts of BYD and the local NEV market, we are dedicated to leading the way in e-mobility for a better life.”

Liu Xueliang, general manager of BYD Asia-Pacific Auto Sales Division, stated, “Starting from today, BYD, along with Japanese dealers and partners, will gradually establish a complete sales and service system to bring a low-carbon lifestyle and a better customer experience for the local people.”

Currently, BYD’s new energy vehicle footprint extends to more than 400 cities and across 70 countries and regions on six continents.

Advertisement
In this article:BYD, EVs
Print
Up Next: