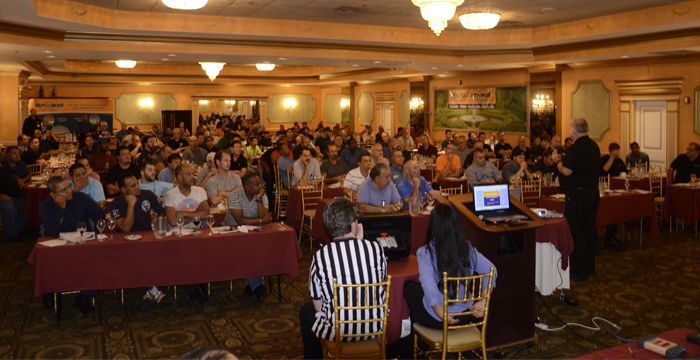 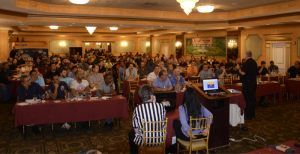 Buy Wise Auto Parts is an ACDelco and Motorcraft distributor and one of the largest WD groups in its area. The company invited leading scanner diagnostic tool manufacturers including OTC/Bosch, Snap-on, Ford/Rotunda Diagnostics, GM’s Tech2/MDI, Autel and Hella to participate in the debate. Roughly 200 technicians attended to hear the suppliers speak.

According to Ron Dahlhaus, general manager of Buy Wise Auto Parts, the event was set up like a town hall debate, giving each presenter a 20-minute time slot to present their wares. “If they spoke ill of another manufacturer a referee would blow the whistle and give that presenter a technical foul and deduct 1 minute off of their presentation time. An official time clock was present along with a timekeeper,” Dahlhaus noted.

At the end of the presentations, the audience asked questions of the presenters followed by an opportunity to touch and feel the products and ask additional questions. The event also included dinner.

“It was a great educational event and the only one of its kind,” added Dahlhaus. “[Having] all manufacturers in one setting is highly unusual.

Buy Wise Auto Parts (Samuels Inc.) is owned by Bob Samuels, who is also CEO. It is a third-generation family owned business and has been selling auto parts since the 1950s.