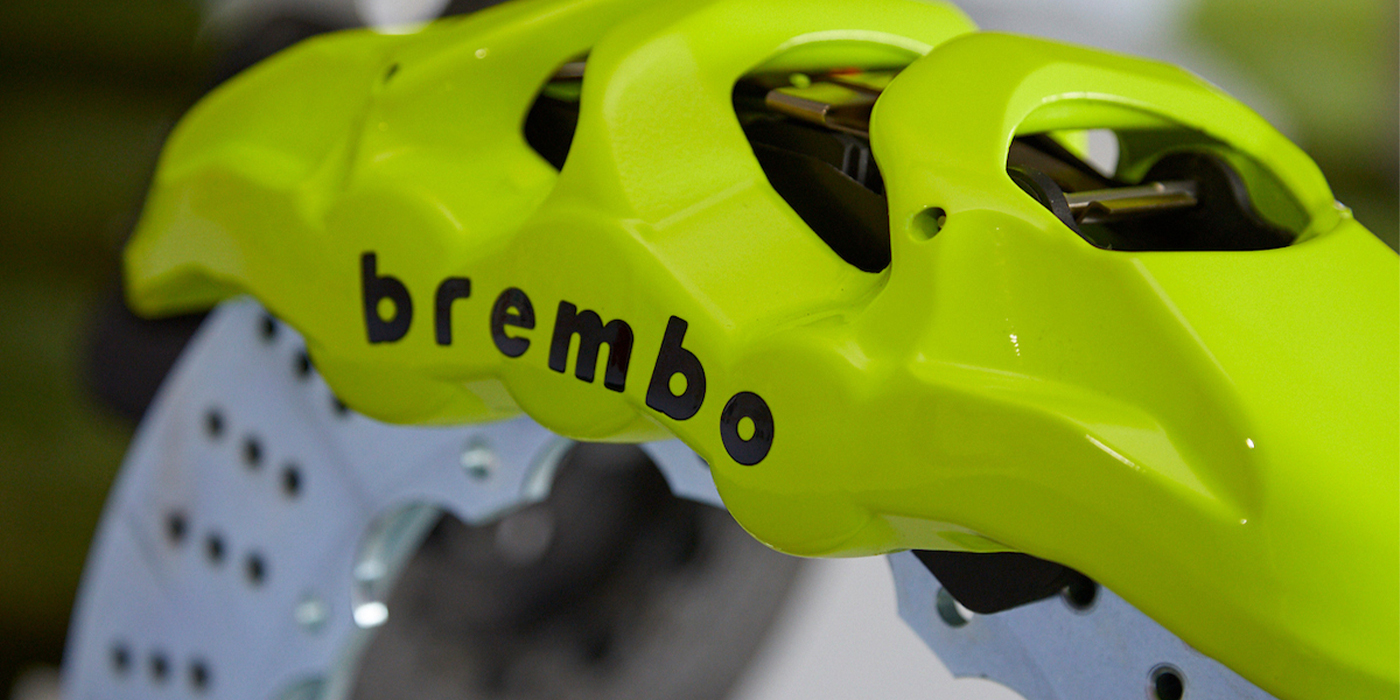 Brembo celebrates past and future at Concours.

Brembo brakes stopped in Plymouth, Michigan on July 25th to celebrate the automobile and the company’s 60th anniversary at the 42nd Annual Concours d’Elegance of America, to be held on the fairways of the Inn at St. John’s in Plymouth, Michigan. Brembo was established in 1961 as a small mechanical workshop by Emilio Bombassei and his brother-in-law, Italo Breda, just a few miles from Bergamo in Italy. It was a fortuitous accident in 1964 that changed Brembo’s future: a truck on its way to Italy with a load of brake discs for Alfa Romeo overturned. Fearing that the discs had been damaged in the accident, Alfa Romeo hired Brembo to check the measurements and repair any damaged discs.

While working on those discs, the people at Brembo began to wonder if these components were really as sophisticated as Alfa Romeo had described them – parts so delicate that they had to be imported from England – and speculated that perhaps they could offer to manufacture them in Italy, naturally at more competitive prices. Today, Brembo is a world leader in the design, development and production of braking systems and components for cars, motorbikes, industrial vehicles, for the OE market, aftermarket and racing. The company is a full-fledged multinational with operations in three continents, production facilities in 15 countries, and products marketed in 70 nations worldwide.

“Through the years Brembo grew out of Europe and began to offer its products here in the states,” said Dan Sandberg, Brembo North America president and CEO. “Our first North American OEM program was on the Dodge Viper in 1992. Today Brembo brakes are fitted on vehicles made by almost every manufacturer here in America, with either discs or calipers or both, including every Dodge SRT model, Corvette C8, Cadillac CT5-V Blackwing and CT4-V Blackwing, Ford GT 500 and Mustang Mach E, to name a few. Since that first domestic program in the early 90’s, North America has become the largest market in the world for Brembo brake products. Today we operate seven manufacturing facilities in North America.”

“Although we celebrate the past at this week’s Concours, our focus is on the future with the world’s cars and trucks going electric. Brakes are playing an even more significant role in the future of electrification. In addition, we announced just this week the opening of Brembo Inspiration Lab in Silicon Valley to further strengthen our expertise in artificial intelligence, data science and software development.”

At this weekend’s show, Brembo displayed an array of performance and braking components featuring the carbon ceramic brake discs and full aluminum calipers on the all-new Cadillac CT5-V Blackwing. In addition, a full array of the company’s aftermarket products including the Brembo Xtra rotor could be viewed alongside a MotoGP Championship carbon rotor and caliper as well as a competition master cylinder. Highlighting the Brembo sponsored Super Car category was a Viper GTS-R, Ford GT, Lamborghini Aventador, Ferrari 488 Pista, Ferrari F12, Mercedes AMG GT R and a Porsche 992 Turbo S.

The Concours d’Elegance of America featured the finest examples of American and European automobiles on the grounds of the Inn at St. John’s in Plymouth, Michigan. Along with showcasing vehicles from 1900 to today, cars from the Collector of the Year, Joseph Cassini III, were featured as well as Ford designs by the 2021 Enthusiast of the Year, Moray Callum, Vice President Design Ford Motor Company.

Advertisement
In this article:anniversary, Brembo
Print
Up Next:

Manufacturing: MPA Receives Vendor of the Year Award From Advance

BorgWarner Receives US Department Of Energy Award
Connect with us