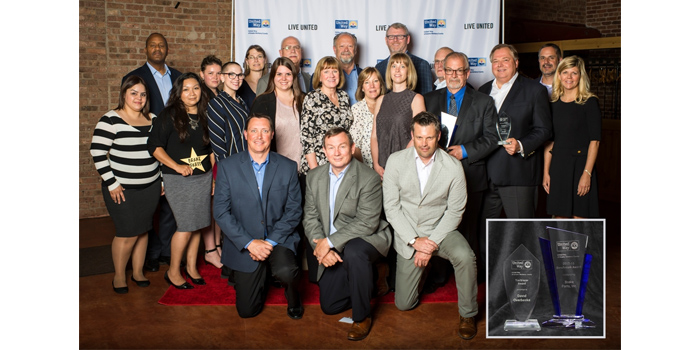 The Trailblazer Award was established to recognize individuals who have stepped up within McHenry County to help raise awareness for United Way. 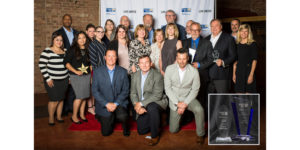 David Overbeeke, president and CEO of Brake Parts Inc (BPI), was honored by the United Way of Greater McHenry County, Illinois, with the inaugural Trailblazer Award.

The Trailblazer Award was established to recognize individuals who have stepped up within McHenry County to help raise awareness for United Way. Overbeeke accepted the award during this year’s United Way campaign celebration, “We’re Rolling Out the Red Carpet,” held recently in Harvard, Illinois.

“Brake Parts Inc has a long-standing tradition of community involvement and the United Way of Greater McHenry County holds a special place in our hearts,” said Overbeeke. “While I’d like to thank the United Way for this honor, the recognition really goes to all of the BPI employees who go above and beyond every year to give to this remarkable organization that funds health and human service agencies in our area. Donating to the United Way is our way of giving back to help better the lives of people in our community that need assistance.”

BPI is the largest contributor to the United Way of Greater McHenry County for several years running and has received major donor awards a total of six times. With its $273,000 donation, a new record, this year marks the fifth consecutive year that BPI has surpassed the $100,000 mark. By exceeding the $200,000 level, BPI was honored with the prestigious Benchmark Award.

“Recognized for his tremendous efforts as a community leader, influencer and trailblazer, David is truly blazing the way for the United Way and helping others see how important leadership influence is on the organizations where they serve,” said Carole Peters, executive director, United Way of Greater McHenry County. “Through his words, ‘we can do better,’ he encouraged his own leadership team to step up, push forward and blaze a trail of raising more than $273,000, an increase of over $100,000 from last year’s contribution. He has helped lead this campaign through his own generosity, his company’s generosity and inspiring his team to follow in his footsteps.”

Kendall Motor Oil Donates Restomod To Charity
Connect with us