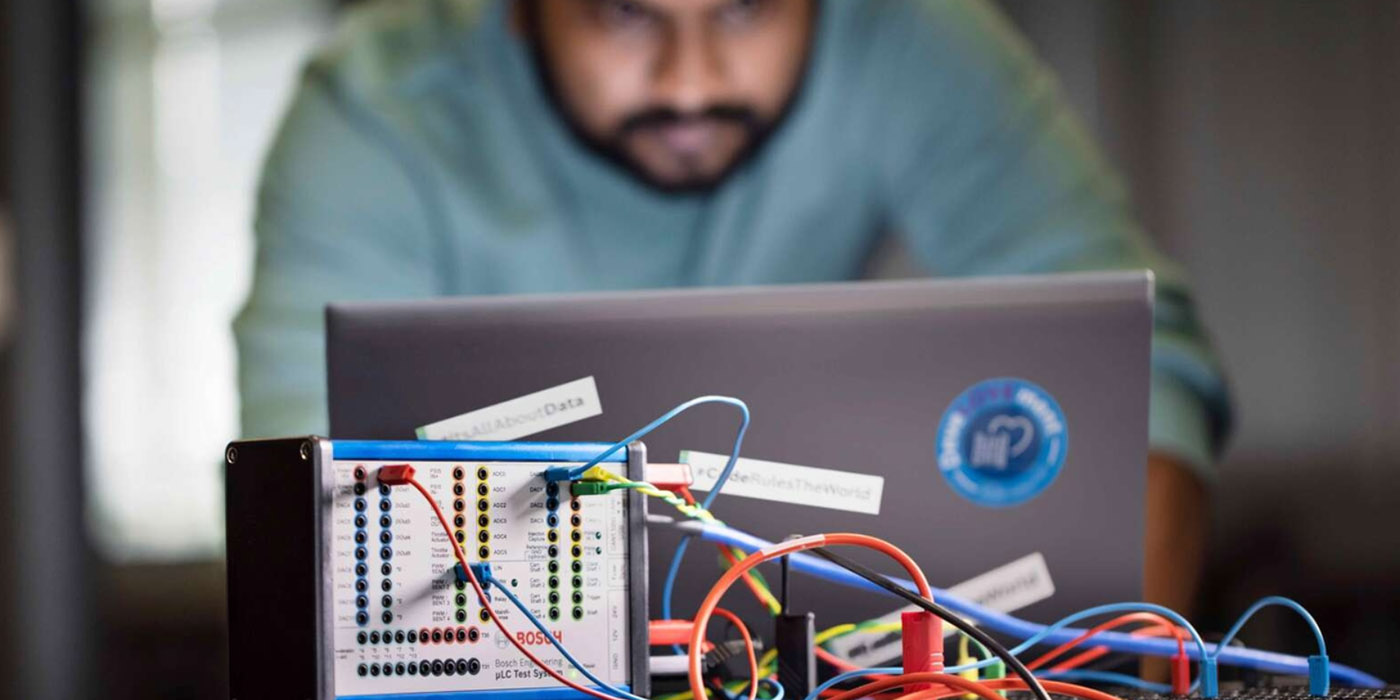 The move is a strategic step toward a leading position in the software-dominated future of mobility, Bosch says.

Bosch says it is taking further strategic steps toward a leading position in the software-dominated future of mobility. In the future, under the umbrella of its subsidiary ETAS GmbH, the company will develop and sell basic vehicle software, middleware, cloud services, and development tools for universal application. A total of 2,300 experts from different development areas of Bosch and ETAS are to be brought together there as of mid-2022, says the company.

“Software development is a longstanding core competence at Bosch. Every year, we put more than 200 million control units running our own software into vehicles worldwide. With this new set-up, we want to become the leading provider of application-independent vehicle software,” says Dr. Stefan Hartung, chairman of the Mobility Solutions business sector of Robert Bosch GmbH.

A year ago, Bosch established its Cross-Domain Computing Solutions division, a powerful unit for application-specific vehicle software with specific hardware for numerous vehicle areas such as driver assistance and infotainment. Now the company says it is bringing together its portfolio of application-independent software for vehicles and the cloud at ETAS. The resulting central platform will allow it to develop automotive software more quickly and efficiently together with its partners. “Our universal software foundation is essential for the digitalization of modern, software-defined vehicles,” Stefan Hartung says.

Bosch says it will combine its universal software platform with expertise in the development of innovative software functions. “Thereby, we are creating a USP and a significant competitive advantage for Bosch,” says Dr. Markus Heyn, member of the Bosch board of management of Bosch.

In the future, ETAS will offer this universal platform and the accompanying development environment to both automotive manufacturers and other suppliers.

Software gaining in prominence for automakers

Up to now, Bosch explains, the rule was that vehicles were delivered as a finished product. In the future, though, a car’s software will be continuously improved and expanded – throughout its service life. This will give drivers a customized digital driving experience, and also form the basis for new business models for manufacturers. This development is just beginning, says Bosch.

Experts predict that the market for automotive software will be worth billions in the next few years. Bosch expects double-digit annual growth until 2030. The organizational realignment Bosch is now planning for its application-independent automotive software units under the roof of its subsidiary ETAS bears witness to this transformation. “In the future development of vehicle operating systems, we want to position ourselves even better in the global market,” says Heyn.

“With this move, we are providing existing and new customers with an integrated, horizontal, cross-domain platform that will allow them to achieve the aim of software-defined vehicles,” adds Christoph Hartung, the chairman of the board of management of ETAS GmbH. The partnership between Bosch and Microsoft that began in February will also be continued in the new organization. This partnership aims to develop a comprehensive software platform for seamless connectivity between cars and the cloud, making it quicker and easier to develop vehicle software throughout the car’s lifetime, as well as to download it to the control units and vehicle computers via the cloud.

Universal and open portfolio for basic software and middleware

Whether for electrically adjusting the seat, recharging the vehicle, deploying the airbag, or listening to the radio – software is already an integral part of almost every function in modern vehicles, Bosch explains. It consists of different layers that build on each other. One layer comprises software modules that vehicle manufacturers use to create individual driving experiences – from the powertrain to infotainment and assistance systems. This is where the individual brands differ, sometimes enormously. Other layers, by contrast, such as the basic software for the control units and what is known as middleware, offer manufacturers almost no scope for USPs. These software components regulate the basic tasks performed by control units and vehicle computers – tasks that the driver doesn’t notice. For example, they manage processor performance and memory space, and they determine how control units communicate with each other or with the cloud to exchange data.

Once developed, this software can be used on almost any ECU – regardless of where it is installed in the car and regardless of the vehicle model, adds Bosch. This setup is familiar from smartphones, where a wide variety of apps use a central operating system. “Our new set-up will allow us to satisfy new requirements – both of the market and our customers – even better. Together with our partners, we are enabling existing and new customers to take a completely new approach to automotive software development,” says Christoph Hartung. In the future, open source software and the associated ecosystems will also play an increasingly important role. Vehicle manufacturers and automotive suppliers will therefore be able to place software at the center of development even more effectively in the future.

Advertisement
In this article:Bosch, Mobility, software
Print
Up Next: