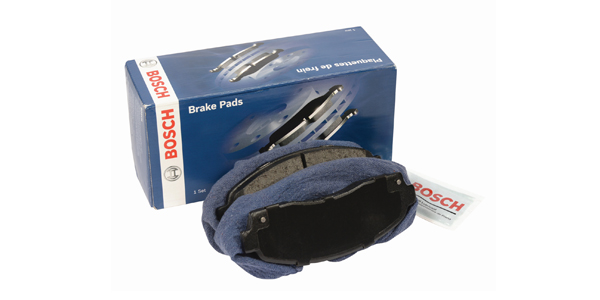 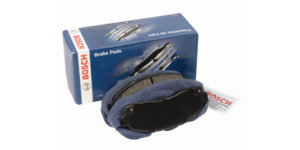 Two new SKUs have been added to the Bosch QuietCast Brake Pad product line. The new part numbers extend coverage to more than 76,000 late-model Asian and European vehicles in operation in the U.S. and Canada including the 2014 Mazda 3 and 2014-2016 Fiat 500 Electric. The new part numbers feature friction formulas specific to the application – semi-metallic, NAO or copper-free ceramic – and include synthetic lubricant and a hardware kit for all applications.

Seven new SKUs have been added to the Bosch Blue Disc Brake Pad product line, featuring OE-style, multi-layer shims that provide superior noise dampening characteristics. They’re designed to deliver quality and performance and are ideal for the shop owner who is looking to provide customers with the best value.

Bosch remanufactured starters and alternators are built with top-quality materials using the most advanced technology to withstand extreme heat, cold and high demand, according to the company. They are 100 percent performance-tested to last longer and deliver more reliable service, the company adds.

Bosch engine air filters are designed to provide 90 percent or greater vehicle coverage to ensure installers will have the right air filter when needed.

“Our product lines expand each month, with coverage available for our customers to provide their customers with the OE fit, form and function they depend on from Bosch,” said Thomas Winter, Robert Bosch LLC, vice president Automotive Aftermarket NA. “Bosch parts give technicians confidence that the job is done right the first time, every time.”

Advertisement
In this article:Bosch, New SKUS
Print
Up Next: