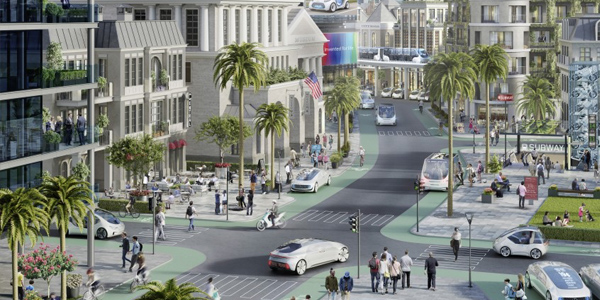 In 2019, a major city in the Silicon Valley will become the first pilot-testing city for Bosch and Daimler. 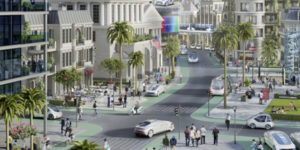 Bosch and Daimler are speeding up the development of fully automated and driverless driving (SAE Level 4/5), having chosen California as the pilot location for the first test fleet. In the second half of 2019, Bosch and Daimler will offer customers a shuttle service with automated vehicles on selected routes in a Californian metropolis. The two companies say they envision Daimler Mobility Services as the operator of this test fleet and the app-based mobility service. The pilot project will demonstrate how mobility services such as car sharing (car2go), ride-hailing (mytaxi) and multi-modal platforms (moovel) can be intelligently connected to shape the future of mobility. In addition, the partners have selected U.S. technology company Nvidia as the supplier of the artificial intelligence platform as part of their control unit network.

For the joint development of a driving system for fully automated and driverless vehicles, Bosch and Daimler are relying on their automotive expertise accumulated over many decades to bring mature and safe innovations to market. Both companies say they are guided by a shared philosophy: “The decisive factor is to introduce a safe, dependable and mature system,” said Dr. Michael Hafner, head of automated driving at Daimler AG. “Safety has the highest priority, and is the constant theme of all aspects and development stages on our way to the start of series production. If in doubt, thoroughness comes before speed.”

Evaluation Of Sensor Data Within Milliseconds

A decisive factor for fully automated and driverless driving in an urban environment is the reliable recognition of the vehicle’s surroundings with the aid of various sensors, according to Bosch and Daimler. Analyzing and interpreting the variety of incoming data and translating them into driving commands within a very short time requires enormous computing power – the fully automated, driverless vehicle will be a mobile super-computer. At the same time, fully automated, driverless driving in the city requires a versatile, redundant systems architecture and the highest level of functional safety. To achieve this level of safety, the necessary computing operations are performed in parallel in different circuits. This means that the system has instant recourse to these parallel computing results when necessary.

For their driving system, Bosch and Daimler say they will rely on a control unit network made up of several individual control units. U.S. technology company Nvidia supplies the platform required for this, which can run the artificial intelligence (AI) algorithms generated by Bosch and Daimler for the vehicle’s movement. The network of control units collates the data from all sensors with radar, video, LIDAR and ultrasound technology (sensor data fusion), evaluates them within milliseconds and plans the movements of the vehicle. All in all, the control unit network has a computing capacity of hundreds of trillion operations per second. That’s as much as several S-Class vehicles together could reach just a few years ago.

The control unit network also will be used in the fleet vehicles that Daimler and Bosch will put on the roads of California in the second half of 2019. Not only that: Both partners will offer customers an automated shuttle service on select routes in a city located in the San Francisco Bay in Silicon Valley.

The test operation will provide information about how fully automated and driverless vehicles can be integrated into a multi-modal transport network. Many cities face numerous challenges that are increasingly burdening the existing transport system. The test is to show how this new technology might be a solution to these challenges.

With their development cooperation on fully automated and driverless driving in urban environments, which began in April 2017, Bosch and Daimler aim to improve the flow of traffic in cities, enhance safety on the road and provide an important building block for the way traffic will work in the future. The technology will, among other things, boost the attraction of car sharing, according to Bosch and Daimler. In addition, it will allow people to make the best possible use of their time in the vehicle, and open up new mobility opportunities for people without a driver’s license, for example.

The vehicle comes to the driver, not the driver to the vehicle. Within a defined city area, users can conveniently order a car-sharing car or a vehicle that drives by without a driver. The project especially combines the overall vehicle and mobility expertise of one of the world’s leading premium manufacturer with the systems and hardware expertise of one of the world’s largest suppliers. The ensuing synergies’ purpose is to introduce the new technology early and fully validated.

Bosch and Daimler employees work together in teams in two regions: In the greater Stuttgart area in Germany and around Sunnyvale in Silicon Valley to the south of San Francisco in the U.S. Employees from both companies share the same office space. This ensures rapid communication across working disciplines and short decision-making paths. At the same time they have access to the entire know-how of the colleagues in the mother companies. The partners are equally financing the development work.

The personnel in this cooperation are jointly developing the concepts and algorithms for the fully automated, driverless drive system. Daimler’s task is to bring the drive system into the car. To this end, the company is providing the necessary development vehicles, test facilities and later the vehicles for the test fleet. Bosch is responsible for the components (sensors, actuators and control units) specified during the development work. For test purposes the partners use their laboratories and test rigs, plus their respective test sites in Immendingen and Boxberg. Furthermore, since 2014 Mercedes-Benz has approval to test automated vehicles in the Sunnyvale/California region. The company also has comparable approval for the Sindelfingen/Böblingen region since 2016.

Bosch was the world’s first automotive supplier to test automated driving on public roads in Germany and in the U.S. in early 2013.

Advertisement
In this article:Automated Driving, Bosch, Daimler
Print
Up Next: