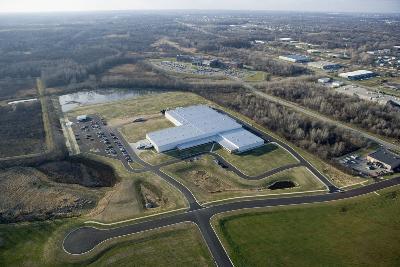 According to John Miles, president of Bosal North America, the Ypsilanti facility is designed to operate with world-class efficiency and quality standards, in conjunction with lean manufacturing principles throughout for the development, test and production of OE exhausts. It is located close to major transport connections and the OEM technical and manufacturing headquarters of key customers, including General Motors, Chrysler, and Toyota.

Bosal completed construction of the all-new plant in only 15 months and was able to seamlessly transfer all production cells from its Warren site in less than 10 weeks with zero impact on customer supply. The fully operational facility was built on a 40-acre site, allowing ample space for future expansion.

Miles further noted, “We are very proud of this new facility and of how smoothly we were able to complete the transfer of both the production and technical functions from the former sites. Our new state-of-the-art manufacturing cells will allow Bosal to raise its already impressive productivity and service levels, while our new technical center, with its increased development and testing capability, will enable us to deliver exceptional new product solutions to both new and existing customers.”

Karel Bos, chief executive of Bosal Group, said, “One of our most impressive plants around the globe, Ypsilanti represents the latest realization of our commitment to delivering the very best value, quality and service to our customers from world-class facilities. I look forward to seeing increasing business in the U.S. over the next few years in what remains a very competitive market. This is achievable because of our investments in industry-leading plants like Ypsilanti.”

The vast majority of the 150 employees from the former Warren and Ann Arbor facilities have transferred to Ypsilanti, aided by a joint Bosal-state subsidized employee bus transport scheme. The plant was built with due consideration of its natural environment, with epoxy flooring throughout and the successful retention of all local natural habitats and water features.