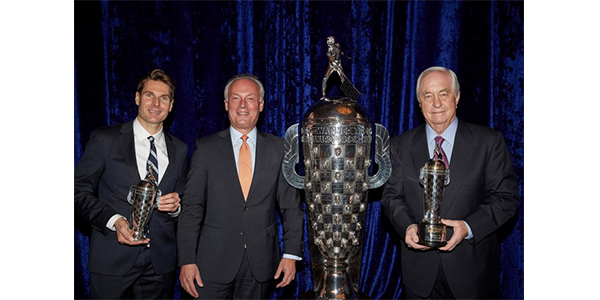 At the Automotive News World Congress in Detroit, BorgWarner President and CEO Frederic Lissalde presented IndyCar Series driver Will Power with his BorgWarner Championship Driver’s Trophy. Known as the “Baby Borg,” the trophy commemorates Power’s 2018 Indianapolis 500 victory, the first ever by an Australian driver.

“The Indianapolis 500 is the greatest spectacle in racing and one of the most watched races each year,” said Lissalde. “The presentation of these trophies to Will and Roger is the culmination of the celebrations for winning the iconic race and it is one of the events I look forward to most. To be able to recognize their accomplishment with individual trophies commemorating the win is truly an honor for BorgWarner.”

The Borg-Warner Trophy has a permanent home at the Indianapolis Motor Speedway Museum, so the Baby Borg was created as a keepsake trophy in 1988 and is presented to the Indy 500 winning driver and team owner(s). The likeness of the winning driver’s face that is created in sterling silver and permanently fixed to the Borg-Warner Trophy also is included on the Baby Borg. This is Power’s first Baby Borg trophy.

“Winning the Indy 500 was a surreal moment and an overwhelming accomplishment,” said Power. “As a driver, winning that race is something you dream about every night. To be included on the Borg-Warner Trophy is an incredible honor. I’m so glad to accept this Baby Borg and it’s something that my family and I will treasure forever.” 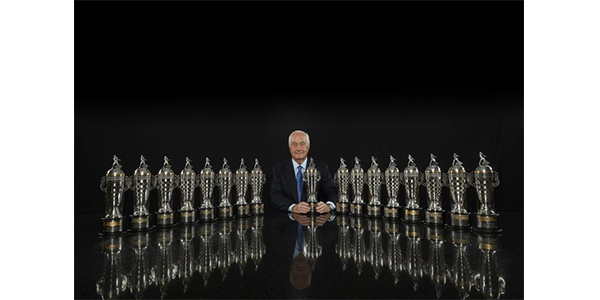 Power’s 2018 Indianapolis 500 win was historic for Team Penske owner Roger Penske as well, as he added to his legacy as the winningest team owner in Indianapolis 500 history, now with 17 wins. Penske’s longevity is unmatched with Indianapolis 500 wins in five consecutive decades spanning 1972 to 2018. Penske and his team’s accomplishments are legendary in the motorsports world across a multitude of racing disciplines. Cars owned and prepared by Team Penske have earned 505 major race wins, 578 pole positions and 34 championships.

Advertisement
In this article:borgwarner, Motorsports
Print
Up Next: