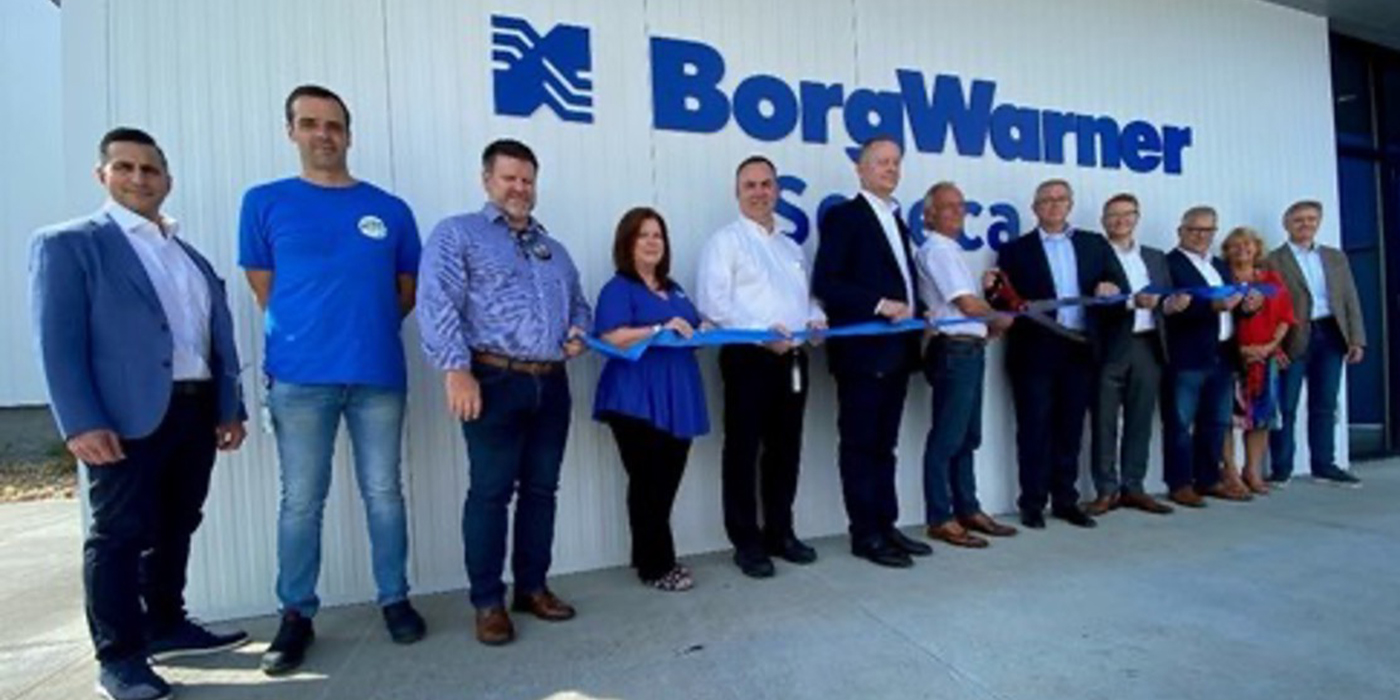 BorgWarner celebrated the grand reopening of its Seneca, South Carolina, production facility today, following a 16-month rebuild after the plant was ravaged by a tornado on April 13, 2020. Company leadership, plant employees, community members and many local, county and state government officials joined together to commemorate the rebuilt facility and reflect on its 25-year history within the community.

“The outcome of this natural disaster has showcased our dedicated team’s ability to persevere and come together despite the challenges that were faced. More so, this experience has been a testament to the power of collaboration; within days of the natural disaster about 600 contractors were on-site working together, including many local businesses and over 300 BorgWarner associates from our plant in Seneca and across North America,” said Joe McCulloch, plant manager of BorgWarner’s Seneca, South Carolina facility. “Beyond this exemplary level of collaboration, we had a strong community that rallied around and supported us, including the local schools, government, economic agencies and local businesses. For this, I want to extend a big thank you on behalf of BorgWarner to everyone that played a part in the rebirth of our beautiful facility.”

Following a series of remarks at the grand reopening ceremony, BorgWarner executives – including Frédéric Lissalde, president and CEO, BorgWarner Inc. – and plant management joined with local government officials for a ribbon cutting. Attendees also received tours of the reconstructed facility.

“It’s remarkable how far this plant has come since April 2020 and we are thankful for everyone who helped make this transformation possible and for the incredibly committed and agile team we have working here at our Seneca plant who stuck together and helped us reach this significant milestone here today,” said Lissalde. “Not only are we celebrating the reopening of this important facility, but we are also honoring the 25 years of service this plant has brought to the region and our customers.”

Despite significant damage from the tornado, the company’s quality and supply to the industry was not hindered by the unexpected event. In fact, BorgWarner says it was able to begin production of salable transfer cases out of Seneca approximately three weeks after the tornado hit, with the total rebuild taking about 16 months to complete. While the facility was reconstructed to match the original footprint, the exterior appearance and interior offices and meeting spaces were upgraded to align with current BorgWarner standards.

The official dedication for the launch of the Seneca site occurred in September 1996. Over the past 25 years, BorgWarner Seneca has grown to one of the largest employers in Oconee county, South Carolina, with approximately 70% of its workforce resident to the county.

Advertisement
In this article:borgwarner, plant reopening
Print
Up Next: