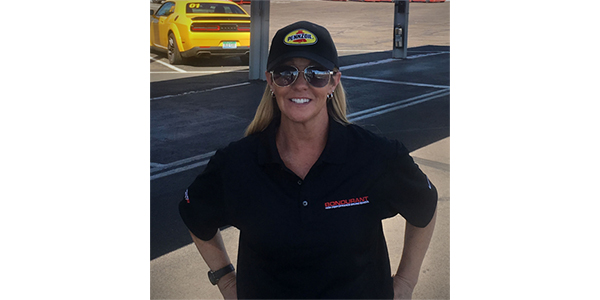 Franki Buckman assumes responsibility for all operations of the school including strategic and day-to-day oversight, the guest experience and team management.

Bondurant High Performance Driving School announced recently that Franki Buckman, tenured track leader with a history of operational, sales and marketing success with motorsports programs and properties, has joined the company as its CEO and general manager. In this role, Buckman assumes responsibility for all operations of the school including strategic and day-to-day oversight, the guest experience and team management.

Bruce Belser, one of the investors who purchased the school in May, will turn the keys of the operation over to Buckman after having served as its top leader during the first six months under new ownership. His expertise in transition was critical to the operation and he will continue to hold an ownership stake in the company.

“We thank Bruce for the foundational work he and the team have done to build on for the future,” said John Arney, chairperson of the Bondurant board, “and we look forward to execution of the strategic plan, led by a seasoned industry insider who understands how to operate and evolve a track for the next generation.”

Buckman has been involved in the auto industry since 1990, when she joined Pro Formance Driving Events and Motorsports, a national ride and drive company and sister organization to Arizona’s only CART professional Indy Car Team fielding driver Scott Pruett at the time. There, she worked directly for the owners, who were experts in the field of automotive events and included racing names like Breedlove and Unser.  She then spent 18 years at Firebird International Raceway, working directly for NHRA Funny Car legend and track owner Charlie Allen, who originally brought the Bob Bondurant school from California to Arizona. “I had the opportunity to work directly with Bob 25 years ago and I’m thrilled to have the chance now to help carry on the unique method of driving instruction that the long-tenured team of trainers at the school still teach today,” said Buckman.

Since leaving Firebird Raceway in 2013, Buckman has been a media and event consultant to a myriad of brands and companies in the automotive industry, including Ford, Chevrolet, Toyota, Lucas Oil Off Road Racing Series, Lucas Oil Dragboat Racing Series, Harley-Davidson, Napa Auto Parts and more. Most recently she worked for an Omnicom-owned advertising agency, working on Chevrolet Tier 2 advertising campaigns in multiple southwest markets including the Phoenix area.  An Arizona native, she currently resides in Chandler with her husband, a former racer himself and second-generation Indy car crew chief and mechanic. Buckman’s sons also entered the motorsports industry and raced at an early age; her oldest son is still an active racecar driver today.

“The automotive industry, high performance driving events and motorsports in general are really more a part of who I am now.  It’s in my blood,” stated Buckman, adding “I look forward to being further immersed in the industry as part of a team representing a brand that I am not only familiar with, but truly believe in.  I’m excited to work with a top-notch staff and team that’s proven over the years they are truly second-to-none both in service and knowledge and have been responsible for the consistent high-quality experience the Bondurant clients and guests receive every day.”

Advertisement
In this article:Bondurant High Performance Driving School
Print
Up Next: