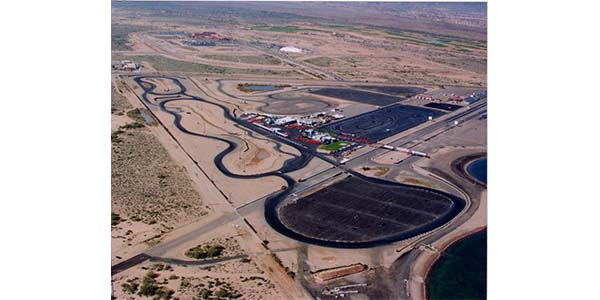 Classes are open to anyone with the desire to further their skills as a competitive driver, for those seeking a SCCA Pro License or enthusiasts who have dreamed of driving a true open wheel race car.

The only school in the nation to offer this type of equipment package, powered by Honda, the Bondurant F4 School will begin scheduling courses in late December. Automotive enthusiasts and drivers will have multiple course options to participate in to get behind the wheel of a Ligier JS F4 racecar. The first class is currently scheduled for early March. Classes are open to anyone with the desire to further their skills as a competitive driver, for those seeking a SCCA Pro License or enthusiasts who have dreamed of driving a true open wheel race car.

As the Official High Performance Driving School of Dodge SRT, adding this program to our incredible fleet of nearly 100 Dodge SRT Vehicles, including Dodge Challenger and Charger SRT Hellcat models, the 840-horsepower Challenger SRT Demon – the industry’s first and only street-legal production drag car and most powerful muscle car ever – was a natural fit.

“We are very excited to begin our partnership with Bondurant High Performance Driving School,” said Ligier Automotive CEO Max Crawford. “Since we initiated the U.S. F4 Championships in 2016, it has always been a goal of ours to have a program with a driving school.”

“The F4 U.S. Championships have now grown to become the largest average F4 fields in the world,” he said. “It’s extremely important that drivers that do have the desire to compete in the championships show up well-prepared. A school that teaches the same championship curriculum in the same Ligier JS F4 racecar, can only be a huge benefit for drivers. Bondurant’s strong reputation and quality instruction made perfect sense for us and we welcome them on board.

Bondurant also has a longstanding partnership with Sports Car Club of America, and because of the school’s new F4 training capabilities, it now has the ability to award SCCA PRO licenses to graduates of the class who have met all the required performance standards.

“For over 50 years, the Bondurant School has utilized open-wheel formula race cars in our training programs. Never before have we had the opportunity to bring brand new state-of-the-art open wheel racecars and equipment into our advanced programs,” said Bondurant Chief Instructor Mike McGovern. “This investment as well as the relationships derived from it, is a direct result of new ownership and their long-term vision and commitment to the school and the industry.”

For more about the Bondurant School of High Performance Driving and its new Bondurant F4 school, visit Bondurant online.

Summit Motorsports Park Named Racetrack Of The Year By NMCA