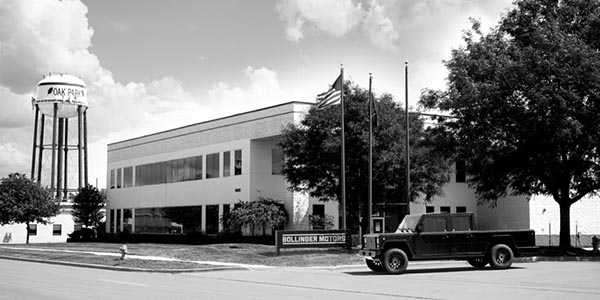 The Oak Park facility is more than four times larger than the company’s Ferndale shop.

Bollinger Motors has moved its headquarters to a larger facility in Oak Park, Michigan, to accommodate the rapid company-wide personnel expansion as it ramps up toward production.

“It couldn’t have come at a better time. We were bursting at the seams with new engineers, putting desks out in the shop at the old building; it was especially difficult to keep everyone more than six feet apart,” said CEO, Robert Bollinger.

The Oak Park facility is more than four times larger than the company’s Ferndale shop, and it will be the primary base of operations for the growing Bollinger Motors team. The company estimates its current team of 40 will double in size by the end of 2020 as it works towards production on the all-electric B1 Sport Utility Truck and B2 Pickup Truck, as well as the B2 Chassis Cab variant and Chass-E.

Bollinger Motors has operated out of the new space since August 10.

Advertisement
In this article:Bollinger Motors
Print
Up Next:

OE: Ford’s Jim Hackett To Retire As President And CEO

Toyota Revs Up Support For E-Learning Across US