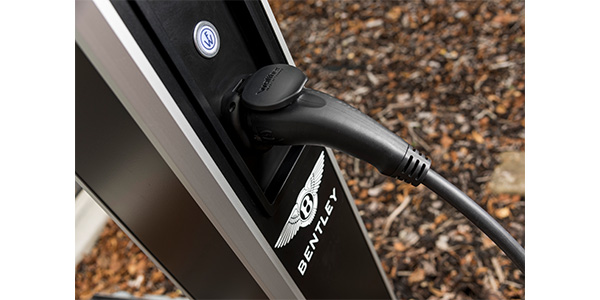 Bentley Motors this month achieved carbon neutral certification for its factory headquarters in Crewe, England, taking another significant step on its journey to become the world’s most sustainable luxury automotive manufacturer.

The certification from the Carbon Trust, which confirms that the company meets the internationally recognized PAS 2060 standard for carbon neutrality, reflects measures taken by the company to reduce the carbon emitted in its operations, including the use of renewable electricity. One hundred percent of Bentley’s electricity is generated by either on-site solar panels or purchased as certified green electricity. All emissions that cannot be eliminated are compensated with high-quality offsets.

Earlier this year, the UK’s largest solar car port, comprising 10,000 solar panels, was installed at Bentley’s factory site in Crewe. The installation has a capacity of 2.7MW and covers 1,378 car parking spaces – an area of 16,426m². Adding to the 20,815 roof top panels already fitted, it took the total on-site solar panel energy capacity to 7.7MW, enough to cover more than 1,750 homes.

The achievement reflects almost two decades of work to make the historic Crewe site as energy- and carbon-efficient as it can be. Although parts of the site have existed since the 1940s, in 1999 Bentley was the first U.K. automotive manufacturer to achieve the ISO 14001 environmental management standard and sees upgrading the site to maximize energy efficiency and reduce emissions as a continual process.

Bentley is now accelerating its push toward electrification with the introduction of the first fully electric Bentley slated for 2025. The luxury British marque also has just brought to market the first luxury plug-in hybrid, the Bentayga Hybrid, and aims to have hybrid variants of all models by 2023 and a BEV by 2025.

Advertisement
In this article:Bentley, Carbon Neutral
Print
Up Next: