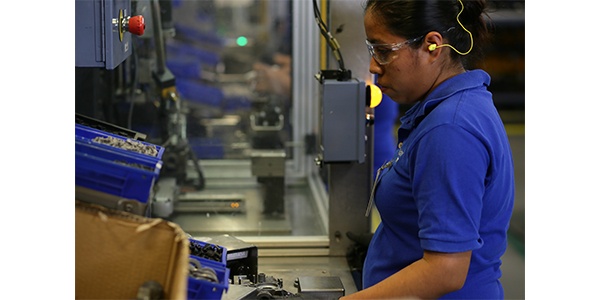 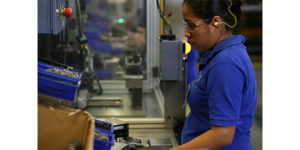 The men and women – numbering more than 500 – more than earned the fun break. Because of their focus on safety, Plant II reached one year without a recordable injury. And the achievement is ongoing – the facility has seen no recordable injuries since May 2017.

Bendix’s Acuña, Mexico, campus – which consists of four, state-of-the-art facilities – began operations in 1988. Plant II, which opened in 2000, is focused on remanufacturing and OEM production.

“To put this achievement into context, for manufacturing operations of the type at Plant II – with manually intensive activity, heavy products and a comparable number of employees – the national average is 40 recordable injuries per year,” said Maria Gutierrez, Bendix director of corporate responsibility and sustainability. “In addition, for 2016 and 2017, as truck build began its steep and rapid increase, we experienced record sales and production volumes, as well as the influx of new employees to help us meet demand. Those challenges – including the onset of significant overtime – could have easily caused employees to deviate from our established safety processes, but that hasn’t happened. Our team has remained focused at all times on eliminating serious injuries and maintaining high awareness on preventive activities.”

The other Bendix Acuña facilities also are no strangers to safety achievements, according to Bendix. Plant I, which reached one year without a recordable injury in 2017, is on a new streak and is once again approaching the one-year milestone. Plant III reached more than 1.5 million hours without a lost time injury in 2017.

Everyone on Board for Safety

The company says the Acuña Plant II milestone links to Bendix’s safety awareness maintained across all levels of the organization, steeped in the concept of “each day, every day, one day at a time.”

Like all Bendix facilities, the Acuña campus follows the company’s standardized preventive and corrective safety programs – developed by the global organization for all of its sites – as well as procedures that empower employees to improve safety. As part of this effort, all Bendix locations operate safety teams and institute monthly training, audits and inspections.

“At Acuña, we drive for safety, together. Our team members work diligently to follow core safety processes that quickly resolve unsafe conditions – and to identify and eliminate root causes. We also participate in incident sharing across all Bendix plants, to help reduce similar risks and injuries,” said Jackie Perez, plant manager of Bendix Acuña. “In addition, we’re placing more emphasis on accountability in driving corrective actions, as well as increasing leadership engagement through safety walks around the facility.”

Perez continued, “Aside from the processes, safety comes down to individual men and women looking out for each other – not because they have to, but because they want to. We believe in investing in our employees, through activities, development and recognition. In our view, employee engagement has a ripple effect in other areas, including morale and safety – where workers take on a key role in identifying unsafe conditions, unsafe behaviors and safety improvements. Our Acuña leadership team has truly done an amazing job in fostering this sense of belonging to a family – the Bendix family.”

Advertisement
In this article:Bendix, plant safety
Print
Up Next:

How Valuable Is Repair And Maintenance To China’s Automotive Future?