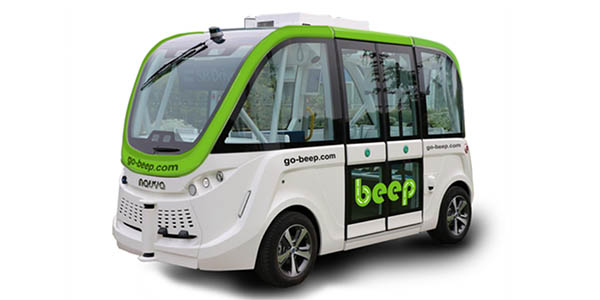 Asa will focus her efforts on strategic brand awareness and decision-making for Beep initiatives.

Beep, a Florida-based autonomous mobility solutions company, recently announced it has appointed Racquel Asa as chief marketing officer. In this role, Asa will focus her efforts on strategic brand awareness and decision-making for Beep initiatives.

Prior to joining Beep, Asa worked as a transportation journalist and anchor for nearly 15 years. Most recently, she was the lead transportation reporter for WFTV in Orlando, covering major advancements in infrastructure and autonomous vehicle technology. It was during her time at WFTV that she covered the launch and growth of Beep and its first deployment in Lake Nona.

In 2019, Asa was awarded the Citizen Transportation Advocate of the Year award by the Women in Transportation Central Florida Chapter. The recognition salutes a citizen who is an outspoken supporter of transportation advancement and enhancement in the community.  Asa has been recognized not only in the Orlando-area, but on the national level for her efforts and advocacy for safe mobility alternatives.

“Racquel’s advocacy for safer streets and new innovative solutions to improve mobility align with Beep’s mission to deliver a transformative autonomous mobility solution that is safe, sustainable and efficient,” said Joe Moye, CEO of Beep. “We are looking forward to continued growth and expansion with several anticipated upcoming launches of our solution. We are confident Racquel will help guide many of our awareness efforts surrounding these future deployments.”

Asa was also recently entered into Congressional record during Asian American Pacific Islander Heritage month, as the nation celebrated and highlighted the accomplishments by Asian Americans who have strengthened our nation.

“I am eager to join Beep AV Solutions, a company at the forefront of the autonomous vehicle effort in the state,” said Asa. “It’s refreshing to be aligned with a company that has a commitment and dedication to safety, sustainability, and efficiency at a time when Florida and the rest of the country are so vigorously searching for transportation solutions. I look forward to sharing Beep’s story with the rest of the country and Florida as new state laws help carve a path for the development and advancement of autonomous vehicles.”

Asa holds a Master of Science degree in Broadcast Journalism from Syracuse University, and a Bachelor of Arts in degree in Philosophy, Politics and Law.

Advertisement
In this article:Beep
Print
Up Next: